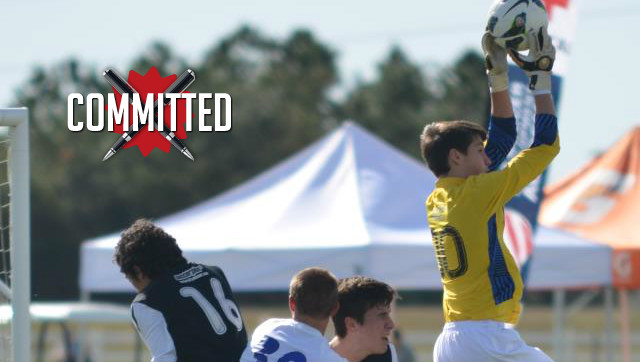 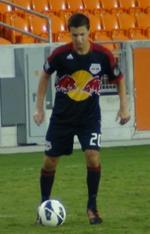 There were a lot of factors that made Brandon Tetro’s commitment to Rutgers seem like just a matter of if not when.

The defender’s older brother currently plays on the team, Tetro is a native of New Jersey, and offered up plenty of education options.

Despite those factors, head coach Dan Donigan wasn’t going to leave anything to chance.

“The coaching staff did a great job in recruiting and really made it easy for me,” Tetro told TopDrawerSoccer.com. “The soccer program is really back to the way it used to be, which is competing every year for a conference championship and a national championship title. The coaching staff does a great job in preparing the team with one of the toughest schedules and also bringing in the right players to build a great team.”

Tetro’s decision also means he’ll be teammates with his older brother Ross, who is just about to complete his freshman year at the school. That, along with the proximity to their house made it a fairly straightforward choice.

“Not only is Rutgers close to home, my parents can see myself and my brother play all of its home games since we are only 35 minutes from the campus,” he said. “The campus is great and even after my first visit it felt like a place I could spend the next four years.”

For Peter Tappenden, one of the biggest draws to Colgate was the school’s combination of soccer and academics.

“I knew that I wanted to go to a school that excelled both on the field and in the classroom,” he told TopDrawerSoccer.com. “Colgate for me was the best of both worlds. It is one of the best Liberal Arts colleges in the country, and it has a very strong Division I soccer program.”

“Colgate plays against the best programs in the country and competes for Patriot League championships every single year,” he said. “Coach Ronning has been at Colgate for 8 years and clearly knows how to get good results at the highest level. Everyone who I spoke with on the team loves the coaching staff and loves being a part of such an outstanding program. Also, the facilities are very impressive, and Colgate alumni are very dedicated to supporting the program.”

Another Colgate commitment for 2014, Jared Stroud is very much looking forward to kicking off his college career in just over a year.

“I am very excited and coach Ronning and his staff have been terrific to me during the entire recruiting process,” Stroud told TopDrawerSoccer.com. “Colgate is an unbelievable school and I was drawn to the ‘family’ feeling of the soccer program.”

The quality of players already committed to the school also drew Stroud’s attention.

“The 2013 and 2014 recruiting classes are also very strong and I am looking forward to helping the program as best I can,” he said.

Forward Andrew Ott (Virginia Rush) committed to Virginia Tech for the class of 2014.

Goalkeeper Dante Raggio (SAC United) committed to American International for the class of 2013.

Forward Dzenan Nezirevic (Chicago Magic) committed to Jacksonville for the class of 2014.

Midfielder Cody Sweatte (McLean Youth Soccer) committed to VCU for the class of 2014.

Midfielder Rijad Kobiljar (Jacksonville FC) committed to Jacksonville for the class of 2014.