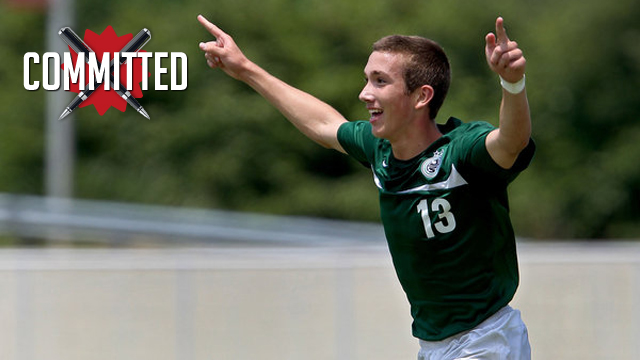 A creative midfielder who excels on the flanks, Cullom was intrigued by Cornell’s prominent rise, which included an appearance in the NCAA Tournament for the first time since the 1980s. 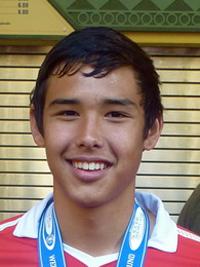 The high-powered attack of the Big Red scored 39 goals in 17 games on the year, and Cullom believes it was the system head coach Jaro Zawislan has put into place that has really excelled.

“I think I will enjoy playing in Coach Zawislan’s fast paced offense,” Cullom said. “I like what Coach Zawislan has done with the program; this year culminating in a 15-2 record. Cornell has first-rate facilities and is a great environment for the scholar athlete.”

When it comes to a college home, Alec Petit is heading west.

The Dallas Texans midfielder, who is calm and cool on the ball, will soon move to sunny San Diego.

“I feel like SDSU is a very good fit for me,” Petit told TopDrawerSoccer.com. “Their Business College is one of SDSU's strengths and I felt very comfortable on campus and interacting with the team.”

Petit also sensed a good vibe from the coaching staff, another major lure to the west.

“I felt a good connection with Coach [Lev] Kirshner and Coach [Matt] Hall,” he said. “I’m excited about their fast paced, aggressive style of play and how the Aztecs are a technical, passing team that creates a lot of scoring opportunities.”

When Will Clark was in the middle of making college visits, there was something that really stood out to him from his trip to see UNC Wilmington.

“The entire UNCW coaching staff was always professional and clear about what they expected from a player both on and off the field,” Clark told TopDrawerSoccer.com. “I am excited about Coach [Aidan] Heaney's vision for the team's future and I definitely want to be a part of what he is building. The team had some quality wins this past season and given that the team is young, there will be many returning players that will help us get to the next level.”

Interestingly enough, it wasn’t just the outstanding academics that drew Clark to the Carolina coast. It turns out he has family ties that also attracted him to the program.

“While I am from Michigan, I was born in North Carolina and I still have family that lives in the Wilmington area,” he said. “It will be great to have the local support from Grandpa, aunts, uncles and cousins. I can think of no place I would rather go to school than UNCW. I am grateful that the coaches and the school are investing in my future. I look forward to getting started with my new team and showing them that they made a good choice.”