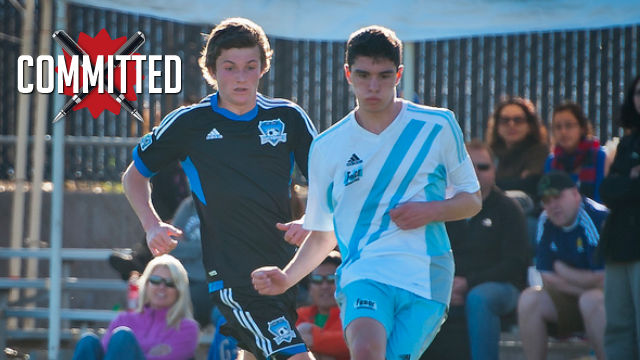 A box-to-box midfielder on a quality De Anza Force side, Matthew Powell’s commitment to UCLA boiled down to the combination of school and soccer the university offered. 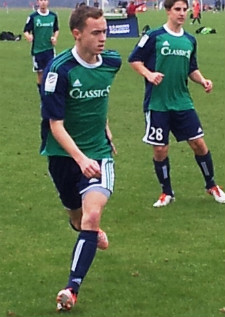 “Overall, academically and from a soccer point of view, UCLA’s among the top universities in the country, he told TopDrawerSoccer.com. “Their soccer program is amazing in terms of their style of play, past and current success, and the players they’ve produced and developed. It’s a tremendous academic opportunity for me as well.”

Also helping Powell’s choice was his club coach Shaun Tsakiris, who is a UCLA alumnus, along with the school’s style of play.

“Probably the biggest thing I like is that they play possession-oriented football, similar to how we play at De Anza, and value having the ball,” he said of the program. “They’re one of the few collegiate programs that I’ve watched that like to put the ball down and knock it around a bit, rather than looking long every time. Not only is the style of play great, but the players themselves also. I love the competitive nature of the program along with the amount of talent they bring in and produce. UCLA can only help me further develop as a player.”

Last year, Navy put together a tremendous campaign in the Patriot League and beyond. Posting a record of 16-4-2, the Midshipmen secured a tournament win over VCU. That kind of success has put potential recruits on notice.

That was one of the many things that caught the eye of attacker Matt McCraith, who recently made his commitment to play there in 2015.

“Playing for [head] coach [Dave] Brandt and his staff was a deciding factor,” he told TopDrawerSoccer.com. “I loved their energy and dedication to their players.  The possession oriented, attacking style of play is an excellent fit for me as a player.”

It didn’t take McCraith long to realize that this was the right fit for him when he saw the campus.

“When I visited I knew right away that the US Naval Academy was where I wanted to be,” he said. “From the historic ‘yard’ to the great soccer program and the academic challenge USNA will offer, everything about it was great. I plan on being an engineering/pre-med major. There are endless opportunities with a degree from the USNA.”

A creative midfielder who likes to keep the ball moving and open up spaces, Andrew Mannon’s collegiate search led him to a fairly straightforward choice.

“St John’s soccer has had a lot of success, which was an initial attraction, but when I looked further into their type of game, I knew that it would be a good place for me,” Mannon told TopDrawerSoccer.com. “Their style is a possession game, which I am used to playing for PA Classics.  I really liked the coaches and their commitment to the players in their athletic development and in their overall success at college.”

He knew that the school could take care of what he was looking for in the classroom, not to mention the lure of being in the Big Apple.

“I plan on majoring in Business, so the education and opportunities provided there are excellent,” Mannon said. “I like being close to New York City as well. The campus itself has a really nice feel for being so close to the city.”

Defender Michael Wetungu (Vardar) committed to Michigan State for the class of 2016.

Defender Michael Dichlian (Cleveland United) committed to Cleveland State for the class of 2014.

Midfielder Francis Atuahene (Beachside FC) committed to Michigan for the class of 2015.