Boys Commitments: To the Patriot League 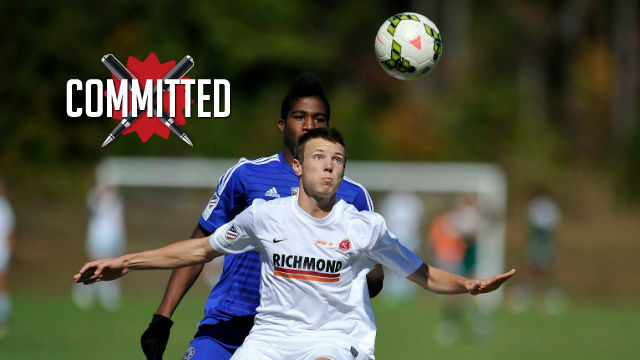 A player who likes to focus on the tactical and technical side of the game, Donovan Perayeff is eager to depart to the Patriot League next fall.

“I decided to commit to Lehigh because I felt like it was the right place for me,” he told TopDrawerSoccer.com. “Everybody on campus was welcoming on my visit, it's a great school as well as the soccer.”

A tight knit soccer program was a huge part of his decision. 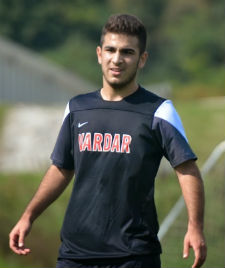 “It seemed as if they were an actual family and that's very important to me,” Perayeff explained. The staff is great from the coaches to the weight lifting trainer, and it's a place I wanted to play soccer at."

The Michigan native also referred to Lehigh’s campus as the most beautiful he saw during his recruiting search.

“Being on a side of a mountain, it made it such a nice campus,” he said. “The education is a top education in the country. There was a good balance between soccer and school for the players. I will be looking to major in Business, and Lehigh offers a great business school, so that was important to me as well. Mostly all the classes are pretty small, which allows me to interact with teachers better; something every student needs.”

Perayeff is the seventh commitment to Lehigh for its 2015 recruiting class.

Both creating goals and scoring them are the focus for Lonestar U18 forward Noah Murphy. He’ll look to fill the boots of departing Saint Louis striker Robbie Kristo, who will wrap up his collegiate career later this month.

“Saint Louis is a great school both academically and soccer wise, which helped make my decision easy,” Murphy told TopDrawerSoccer.com. “It was the best of both worlds. It also has a great coaching staff that I really liked and thought I'd work well with.”

Like Kristo, Murphy is an imposing and physical presence up front. A combination of history and soccer helped lure him to join the Atlantic 10 setup.

“The soccer program is one of the most successful in college soccer history, that plays a very good style of soccer,” he said. “Also they put their players in positions to have as much success as possible.”

He is the eighth verbal commitment to Saint Louis’s 2015 recruiting class.

A versatile, attack-minded player who can play both sides of the ball, Keenan O'Shea’s college search was centered around the possibility of playing soccer for a Military Academy.

It eventually led him to another Patriot League program, and he recently verbally committed to Army.

“I wanted the challenge of top-notch academics combined with the structure of the Military and the opportunity to continue to play at the highest level,” O'Shea told TopDrawerSoccer.com. “So this naturally lead me to look at the Academies.  I looked at the three major Academies, and after speaking with the West Point Coach and current team members, I knew this is where I wanted to be. Army for me offered the perfect balance of academics, military environment, and Division 1 level soccer.  Army Soccer has been steadily improving under coach [Russell] Payne, and I wanted to be a part of a Program that is growing and competing for postseason play.”

O'Shea was impressed by just about everything the soccer team had to offer, from its facilities, to the coaching staff and its current team members.

“I had looked at a fair amount of programs, but what impressed me was the Student Athlete support system that is in place at Army that is designed to specifically help ensure success for players both on and off the field,” he explained. “The coaching staff has been successful in creating a close knit environment that fosters camaraderie amongst the players and a real sense of team. In watching the team play, I specifically liked the fast paced attacking style of play, particularly how quickly the team would transition from box to box and create opportunities.”

He is the first player to commit to Army for 2016.

Midfielder Jorge Calix (D.C. United) committed to Maryland for the class of 2015.

Midfielder Peace Brandon (Continental FC Delco) committed to Duquesne for the class of 2015.

Forward Dwight Williams (Solar Chelsea SC) committed to SMU for the class of 2016.

Defender Andrew Ramsey (Texans SC Houston) committed to SMU for the class of 2015.