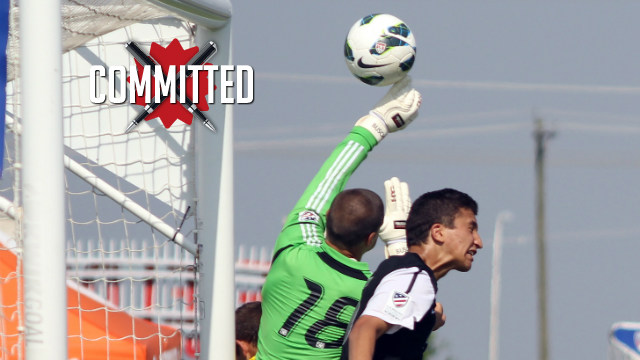 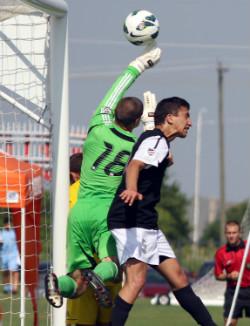 A player who has been in and out of various youth national teams over the past few years, Carter Richardson is following in the footsteps of other players with a prominent pedigree to pick Wake Forest.

After a long and thorough process that started with a list of 15-20 top programs, he ultimately settled on the ACC power.

“Wake was at the top of my list because of its excellent academic ranking, strong soccer program, and well established coaching staff,” Richardson told TopDrawerSoccer.com. “During my first visit, I was immediately comfortable with both the coaching staff and players. I was also happy they have such a strong focus on academic success. A big bonus is that Wake is a member of the ACC, which is the conference I was most interested in.”

The class of 2015 netminder had a specific list of criteria that he sifted through while going through the college search process. Head coach Jay Vidovich’s squad checked nearly all of those boxes.

“Before looking for a program that would be highly competitive, it was important for me to find a program focused on building a strong team environment,” he explained. “Wake provided both of these. I also appreciate that the coaching staff values and expects hard work on and off the field. In addition, Wake has a strong focus on player development, which was a deciding factor.”

Richardson also knows that he’ll be taken care of in the classroom, as well as on the field.

“Wake's academics are very strong and that was really important to me,” he said. “I thought that Wake offers the best structure for a student-athlete to be successful both on and off the field. I also like the campus setting and the smaller size of the school.”

Richardson, who spent the spring of 2012 at the U17 MNT Residency program in Florida, is the second verbal commitment for the Demon Deacons for their 2015 recruiting class. He joins Chicago Fire Academy midfielder Bradley Dunwell (No. 36).

A technically strong attacking midfielder, Juan Gomez found the ideal program both on and off the field in Independent school NJIT.

“I committed to NJIT because I personally felt the level of play and their playing style best fit me the best,” he told TopDrawerSoccer.com. “The program's atmosphere is fantastic under the coaching staff. They have a lot to prove and I want to have the opportunity to make the coming seasons the most successful as I can contribute.”

The entire NJIT coaching staff came aboard earlier this year, and they continue to try and build and shape the program. That is something that appealed to Gomez.

“What I like the most about the soccer program is that every game they play is very competitive and their level of play is tremendous,” he explained. “I feel like the team plays with a chip on their shoulder and has to prove something.”

Defender Cameron Johnson (Georgia United) committed to Temple for the class of 2014.

Defender Nile Chau (Real So Cal) committed to Davidson for the class of 2014.

Midfielder Justin Carfora (Massapequa SC) committed to Holy Cross for the class of 2014.