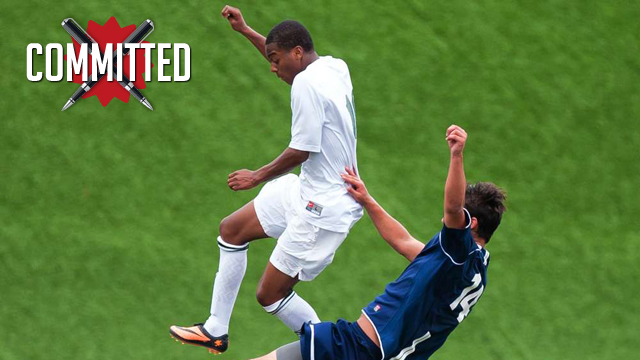 The recruiting calendar is already turning over to 2015 graduates, and some of the top chips are starting to fall. Recently a top five player, the highest ranked player to date, made his commitment to Virginia. 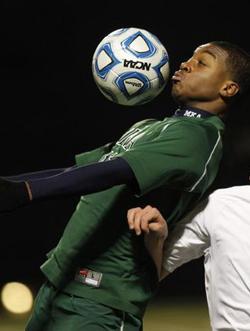 It has been a pretty great month for Virginia soccer. The women’s team capped an impressive season with a College Cup appearance, while the men’s team is still in the hunt for a national title and headed to College Cup this weekend.

Even better, the men’s program has been adding recruits to make sure it continues to be strong for a long time. Malcolm Dixon, the No. 4 overall player in the class of the 2015, is the latest player to join the list of verbal commitments to the ACC program.

Dixon, a star for the New York Red Bulls Academy and Montclair Kimberley Academy (MKA), joins his longtime club teammate and friend Wesley Wade as the first commits for Virginia for the class of 2015.

“The first time I stepped on campus [at Virginia] I just felt it was a place I could grow as a person and a player,” Dixon told TopDrawerSoccer.com about why he committed. “The coaching staffs are some of the most down to earth people I’ve met, and that meant a lot to me because they’re the ones who are going to help me grow.

“The combination of good soccer and a great education was the deciding factor in my decision to choose Virginia,” Dixon continued. “I also knew I would be going to school with one of my really good friends Wesley Wade.”

Virginia beat out the likes of UCLA, Maryland(m), Wake Forest, and North Carolina for the youth national team forward’s commitment.

“I always knew Virginia was a top ACC school and a place I would love to attend,” Dixon said. “They have a rich history on both the academic and athletic side, and I wanted to be a part of it.”

With Dixon, the Cavaliers add a player with tremendous skill and speed. He is likely to be a contributor to the program from his first day on campus. Combined with Wade, the Cavaliers attack will be tough to stop for years to come.

“I have decided to commit to the University of North Caorlina at Wilmington because of the great coaching staff,” Fisher told TopDrawerSoccer.com. “I got to know the program by going to two consecutive summer soccer camps. I loved the campus and the style of play that the program offers, which is quick and fluid.”

Fisher also cited the typical very strong out of conference schedule for the Seahawks, which typically includes a few ACC programs.

The high school junior has been decorated with awards over the years including a spot on the 2013 US Youth Soccer National Best XI Team as well as the 2012 North Carolina High School Coaches All-State team.

Fisher joins Matthew Gianfortone for the current verbal commitments for the class of 2015 for UNCW.