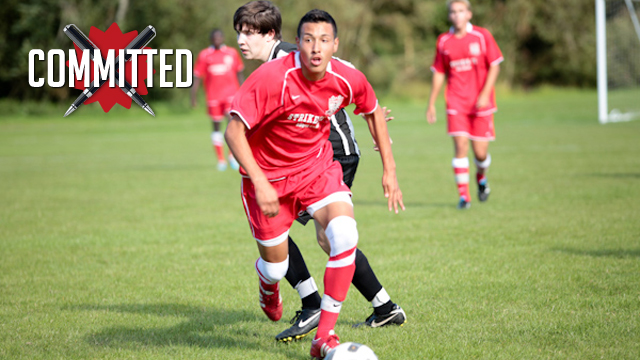 Supposedly, there is a pipeline that runs directly from Strikers FC to Berkeley, California, but like the Hogwarts Express, it only appears to those who know how to find it.

The massive Southern California club has consistently sent players to the Pac-12 program, which seems to be just fine with the streamline of prospects. Head coach Kevin Grimes and his staff have developed professionals at one of the highest rates of any school in the country.

Paul Salcedo is now following in that mold, as the Strikers U18 forward is bound for Berkeley next fall along with a few of his teammates.

“Well, I think that the thing that made me choose Cal was that it's kind of a tradition at the Strikers Academy,” Borrego told TopDrawerSoccer.com. “Ever since you start with Strikers, that's kind of the goal of most players there.”

He also mentioned that a few of his teammates would be joining him up there, which will help with the continuity from one level to the next.

“Cal is a great academic school,” he added. “I also think that at Cal we’re going to have some really good seasons when I’m there.”

The boastful words have some backing, as Borrego is one of the top forwards in the Development Academy. The 17-year-old has scored 13 goals this season, which is tied for eighth best in the nation. He shares team-leading honors with fellow Berkeley-bound attacker Christian Thierjung.

Even though the Bears have the inside track on the Strikers Academy, other college came calling for Borrego.

He said UCLA, UC Santa Barbara, San Diego State, and Cal State Northridge(m) were all in the running, but Cal eventually stood out from the pack. 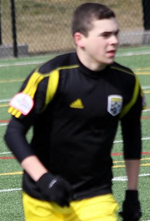 Xavier head coach Andy Fleming took over a program that only won two games the season prior to his arrival. He won 10 games in his first season – the largest turnaround in the nation in 2010.

That success is difficult to ignore, and now Fleming has Xavier on the fast path to a strong, consistent program, which recruits from far and wide notice.

The most recent addition comes from nearby, as Cincinnati United Premier (CUP) Crew Gold U17 standout Josh Grant made his verbal commitment to the school last week.

“I would say first that coach Fleming was the biggest reason,” Grant told TopDrawerSoccer.com. “From the first time I met him, I knew he was a coach I could respect and play for.”

Grant also cited the recent success of the program under Fleming and associate head coach Kris Bertsch as well as the “highly ranked” academics at Xavier. The final selling point came when he visited the campus.

The Musketeers beat out Radford and Liberty for the verbal commitment of Grant, who is a key piece of the CUP Crew Gold squad, which recently won the Disney Showcase and qualified for the 2013 USYS National Champions.

The high school junior who played defense and midfield at the club level said that fitness was one of the things he wanted to focus on prior to reaching the collegiate level.

“In order to come in and be ready for soccer at this level, I need to be in the best shape of my life. That involves conditioning and strength training as well as touches on the ball.”

A creative midfielder who likes to make things happen from the middle of the field, Andre Simmond won’t be flocking too far from his native New Hampshire for college.

“I decided to commit to Northeastern because I love the direction the program is going in,” he told TopDrawerSoccer.com. “The overall community of Northeastern is amazing and I can't wait to be a part of it.”

With an NCAA tournament appearance and CAA championship under its belt in 2012, the program is making an impression on people, and helping to attract players like Simmond.

“I love the style of play Coach [Brian] Ainscough instills in his players,” he said. “The team plays the game of soccer and doesn't just kick the ball away. The biggest thing for me was where the program is going. The soccer team is building and I want to be a part of that.”

Midfielder Kevin Ramirez (TSF Academy) committed to Fairleigh Dickinson for the class of 2013.

Midfielder Senan Lonergan (Soccer of Guilford) committed to Siena College for the class of 2013.

Midfielder Fernando Laverde (FC Dallas) committed to UCF for the class of 2013.

Defender Tommy Harris (Illinois Fusion club) committed to Massachusetts Institute of Technology(m) for the class of 2013.

Midfielder Andrew Skundrich committed to Stanford for the class of 2014.