Top scorers in the Development Academy 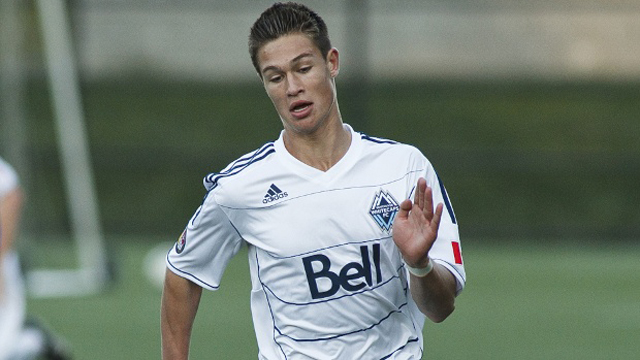 Prolific goal scorers in the USSF’s Development Academy have been carving out a niche lately at the next level.

Former Pateadores forward Jose Villarreal, who had 20 goals in 2011, is enjoying a successful spell with LA Galaxy and U.S. U20 Men’s National Team. Former New York Red Bulls Brandon Allen, who had 27 and 28 goals in his last two Academy seasons, had a great debut season with Georgetown last fall. 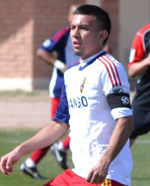 The 28 goals from Allen stands as the top mark in the Academy from the last few seasons, but is well in range for a couple of players this season.

Duke commit Brody Huitema has come on strong lately with seven goals in his last five games. The Whitecaps and Canada U18 Men’s National Team striker still has ten games left this season to surpass Allen.

Yet, Huitema is not the only one is search of reaching the 30-goal mark with both Nicholas Pappacena (Weston FC) and Jose Navarro (Real Salt Lake-Arizona) quickly closing in on the 20-goal mark at 19 and 18 respectively.

The output has not been quite as prolific in the U16 age group with Richard Prestridge (Orlando City) and Tanner Roberts (North Meck) sharing the honors as top scorer with 15 goals each. Roberts has been torching defenses lately with goals in four of his last five games.

Update: Brody Huitema suffered an injury to his wrist, and will likely miss the remainder of the regular season.

Top Ten Scorers in U18 Development Academy (as of March 15)

Top Ten Scorers in U16 Development Academy (as of March 15)