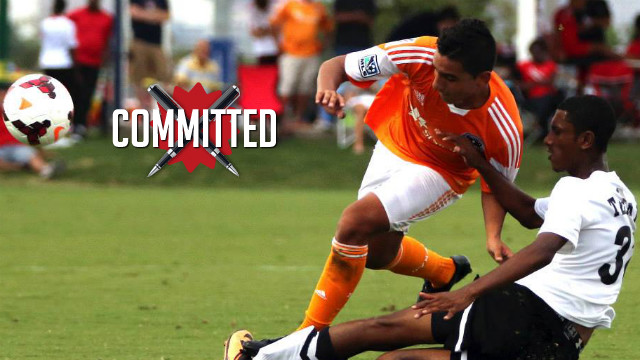 Attending a couple of camps helped trigger Christian Young’s interest in a storied program like Saint Louis, eventually leading to his commitment to the program for 2014.

“I attended an ID camp in Houston and met coach [Jason] O'Keefe,” Young told TopDrawerSoccer.com. “This sparked my interest in the university. I attended the SLU summer camp and liked the coaching staff, campus, and could see myself being a good fit. Fortunately the coaches thought so as well. Given the top-notch soccer and engineering programs, I was excited to commit to SLU when given the opportunity.” 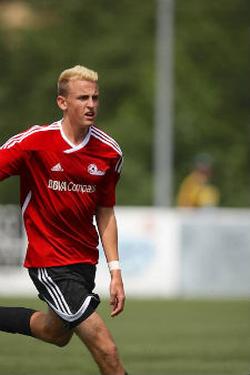 The program had plenty to offer that drew him in during the recruiting process.

“I was most impressed with the coaching staff, distinguished history of NCAA titles, and the professional players their program has produced,” he said.

A former member of Tottenham’s Academy in England, Andre Rivers-Hardware took a liking to the way Saint Louis played, a major factor that led to his commitment.

“While I was visiting I got the chance to watch them play, and I was very impressed,” he said. “They moved the ball around very well. Another thing I liked was how team was a family; they were all very close to each other just like how my team right now is at the Texans SC Houston Academy. It was the perfect environment for me.”

Coming from Texas, one of the closest schools to Rivers-Hardware is the University of Texas, and while it doesn’t offer a men’s soccer program, the midfielder liked how SLU was distinctively smaller – but not a tiny school.

“It was not a big school like UT but it was also not a small school which I like,” he said. “The campus was very nice, I loved where it's located, I don't have to go far to get anything. The coach and players made me feel very welcome. It was a very hard decision, having too look at numerous schools. However, SLU stand out for me and I'm very excited about it all and being a part of the team and school.”

With family in the Wilmington region, Kalvin Kromer didn’t need a lot of convincing to make his commitment to UNC Wilmington.

“When I visited the campus it was just as good as the rest of the area,” he told TopDrawerSoccer.com. “Another huge reason why UNCW was the perfect place for me was the coaching. Coach Heaney and coach Haines are an excellent staff and are building a great program. They had a young team that did very well last year who are returning everyone so they can only improve.”

Defender Sotirios Raphtis (Vardar) committed to Colgate for the class of 2014.

Defender JohnCarlos Roos (Penn Fusion) committed to George Mason for the class of 2014.

Ryan Talbot committed to South Florida for the class of 2014

Colin Dibb committed to Wisconsin-Milwaukee for the class of 2014.