Chalk up another recruit who couldn’t turn down the opportunity to ply his trade in the ACC. 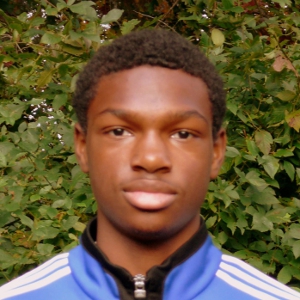 “I already knew Duke was one of the top academic programs in the country,” Manley told TopDrawerSoccer.com. “For me, that was a big part of my decision. But I also wanted to be able to play soccer at the highest level possible. The ACC is the best soccer conference in the country.”

“I felt that coach [John] Kerr, as well as assistant coaches [Michael] Brady and [Bryan] Amos really understood my strengths as a player, as well as the areas where I needed to improve,” he said. “I am confident they will help me develop into the best player I can be.”

Then, there was a sense of familiarity between his club team and what Manley saw on the Blue Devils current squad.

“In addition to the coaching staff, what I liked most about the program was how much the team played for each other,” he said. “It's very much like my club team, the OBGC Rangers. We all make sacrifices because we want to be on this team and play together. We want to win a national championship. That level of commitment to each other is what I see with the players at Duke as well.”

One of Manley’s teammates, defender Chase Gasper, is set to become his rival in 2014 after choosing another power in the vaunted ACC.

The attacking left back liked the mix of school and soccer available to him at the prestigious university.

“I decided to commit to Virginia because of the combination of excellent academics and athletics,” Gasper told TopDrawerSoccer.com. “Being a Virginia native, I have always taken a liking to the school, and this opportunity is simply amazing. The team, coaches, and program are outstanding and I am excited to join it all in 2014.”

Olney has stormed onto the national radar over the past few years, and is set to join the Development Academy in the fall, combining forces with Bethesda SC.

The playing style at UVA reminded Gasper of OBGC.

“I like the brand of soccer they play at Virginia,” he said. “From all the UVA games I've seen, I could tell the coaches teach their players to play attractive soccer, actually playing instead of playing kickball. All the players are top notch, which creates a competitive environment, and this appeals to me.”

And of course, the school itself did its part in bringing the promising player to make his commitment.

“Everything, from the campus, to the facilities, to the student body, it is all amazing,” he said. “I knew from the second I laid eyes on it, I wanted to be there.”

High praise for head coach Matthew Spear and the rest of his staff helped the program add another piece for its 2014 class.

“I decided to commit to Davidson because when I went on my unofficial visit I really liked the coaches,” Marks told TopDrawerSoccer.com. “They were very helpful to me throughout the recruiting process. Davidson also has great facilities. Academics were also an important part of my decision, and Davidson is a top tier school.”

The university also fit the criteria that Marks was looking for as he went through the search process.

“I was looking for a smaller school, which is one of the things that attracted me to Davidson,” he said. “Academics are important to me and I feel that Davidson is one of the best small schools in the country. The campus was one of the things I liked most about the school, it is easy to get around, and it is very nice.”

Midfielder Josh Ott (Century United Pittsburgh) committed to NJIT for the class of 2013.

Midfielder Stephen McGeever (Highlanders FC) committed to NJIT for the class of 2013.