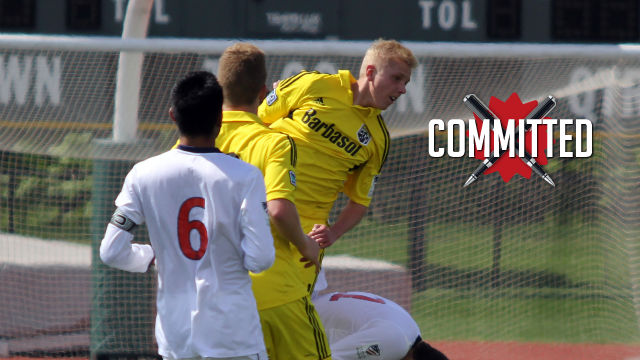 Andrew Krueger understands that playing in defensive midfield role isn’t the most glamorous spot on the field. He’s embraced that for his Crew Soccer Academy squad, and he’ll look to do the same thing when he heads to North Carolina next fall to begin his DI career at Davidson.

The midfielder came to that decision after visiting the campus in the spring and attending a camp in the summer. 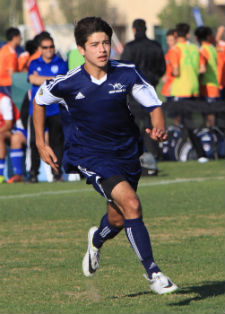 “From the beginning of my college search, I wanted to go somewhere where I could continue to grow on the field and in the classroom, and Davidson has the perfect combination of the two,” Krueger told TopDrawerSoccer.com. “It was really a great fit for me athletically and academically which made the choice very easy in the end.”

A former player at Davidson who also happened to attended his high school helped spark Krueger’s initial interest. From there, it didn’t take long for him to realize that it was the right school.

“From the moment I began corresponding with coach [Matt] Spear and learning more about the program, I knew it would be a great place to play,” he said. “I really enjoyed getting to know coach Spear and coach [Tony] Falvino throughout the recruiting process and I knew that they were great people and great coaches. One of the things I liked the most about the coaches was the way they knew and interacted with the players. It was comforting to know they would always have my best interest in mind.”

“One of the most exciting aspects of the program was their recent switch to the Atlantic-10 and their yearly schedule,” Krueger said. “The A-10 is a great conference and they have an outstanding out-of-conference schedule with multiple games against big programs from the ACC and other conferences. It is truly an outstanding program with a promising future that I cannot wait to be a part of.”

Four players are committed to Davidson for the class of 2015.

A hard-working and competitive forward, the combination of a DI program in the Big West and attending the Paul Merage School of Business drew Julian Font to make his commitment to UC Irvine.

The program’s historic quality and coaching staff caught his attention as well.

“[The program is] nationally ranked,” Font said. “[I liked] getting to know the players, and mostly the coaching staff led by head coach Chris Volk and Mike Ditta and Keith [Costigan]. I like their style.”

Forward Dylan Smith (LA Galaxy) committed to UC Riverside for the class of 2015.

Forward Robert Gillin (Match Fit Academy) committed to Delaware for the class of 2015.