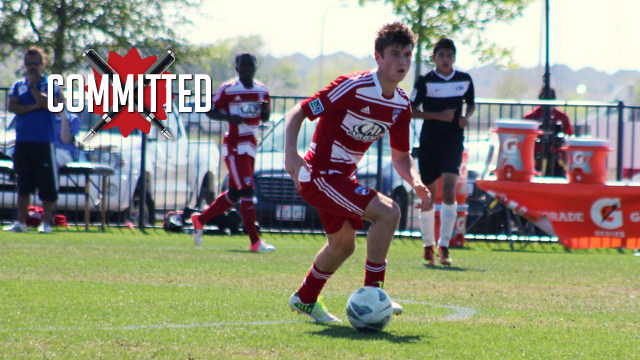 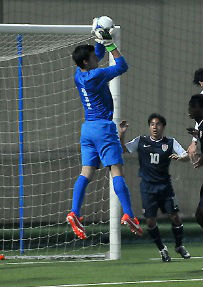 “It was a difficult decision,” Craft told TopDrawerSoccer.com. “I visited four campuses this past summer and revisited UNC last weekend. I grew up on the East Coast, spent a lot of time in North Carolina, and have great support and connections to the area.”

Craft also highlighted the style of play and coaching with the Tar Heels for why he committed to the Atlantic Coast Conference program.

“Paired with coach [Carlos] Somoano’s coaching style, the way the team plays, the academic support and a great overall environment helped me decide to commit to the Tar Heels,” Craft added.

The youth national team player also spoke about the schools that were in the mix for his commitment.

“After my college visits from the summer, I was still open to any opportunities,” Craft said. “Both UCLA and UNC seemed to be the best fit that I was looking for in a school, academics and soccer program; Wake Forest and Duke were also contenders and schools that I could see myself going to.”

Yomba and Craft have both been with the youth national team in the past as well as 2014 recruit Alan Winn, which should make a strong influx of players heading to the Tar Heels in the coming years.

“It is nice to see some familiar names on the list of committed players and think about what we might be able to accomplish together,” Craft said. “My decision was based on what was best for me; having fellow YNT players going there as well is an added bonus. In the case of Alan [Winn], Boxi [Yomba], and myself, we all bring something a little different to the team and I feel that we will complement each other well and I look forward to playing with them.”

At the youth national team level, Craft has played a variety of positions for different coaches along the way. He said that where he played at the collegiate level was an important part of the process while he searched for a school.

“At the most recent camps, I have played exclusively as a No. 7 or a No. 11 and have freedom to come inside and attack from there, just like at FC Dallas,” Craft said. “An important part of my conversations with each school’s coaches was how they envisioned my contribution to their team and program. UNC will be a place that I can use my talents in the positions that I have played my entire life, forward and attacking midfield. They will give me freedom to be creative and influence the game.”

A program recently raised to prominence with an appearance in the national title game last season, Georgetown picked up a prominent first commitment to its 2015 class with the addition of Quakes Academy ‘keeper James Marcinkowski.

Plenty of things drew the youth international to the school, but upon visiting knew that this was the direction to go.

“One of the main reasons why I picked Georgetown was because it was just felt right,” Marcinkowski told TopDrawerSoccer.com. “As soon as I walked on campus I knew it was the right fit for me. I could really feel myself excelling in the environment at the university.”

Marcinkowski took part in various camps with the U.S. U17 MNT at various points in this season. He traveled and played during trips to both Azerbaijan and Japan at different points in 2013, and was the starting goalkeeper with the U.S. U18 MNT during their recent trip to France.

He liked Georgetown’s size, as he was interested in attending something of a smaller school – though was excited to be in Washington, D.C.

Last but not least, the team’s success was another draw. Given that current starter Tomas Gomez is on track to graduate after the 2014 season, Marcinkowski could be in line to compete for a starting role starting his freshman season.

“Their coaching staff is fantastic and they have implemented a real style of soccer,” he said. “After being in the national championship last year, they have gotten even better this year. They have excellent recruiting classes coming in so they will have a top notch program for years to come.”

Also committing to Georgetown for the class of 2015 this week was No. 14 ranked-recruit Peter Schropp from Omaha FC.

Defender David Chavez (De Anza Force) committed to UCLA for the class of 2015.

Forward Tarek Fayed (Match Fit Academy) committed to Temple for the class of 2014.

Forward Benjamin Derleth (Revolution Empire SC) committed to Bucknell for the class of 2014.

Midfielder Shannon Seymour (Chicago Fire) committed to Northwestern for the class of 2015.