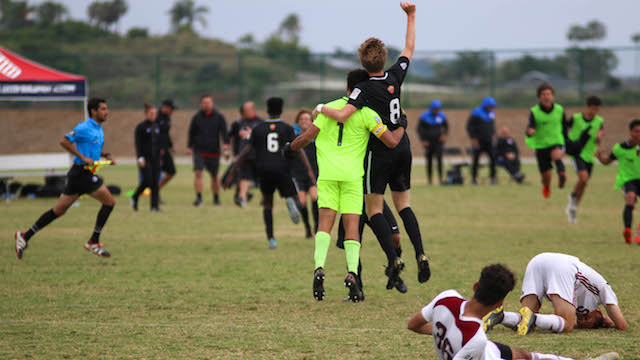 OCEANSIDE, California - Toronto FC won the inaugural Boys Development Academy U15 National Championship on Tuesday. The Canadian MLS side bounced back from an 0-2 deficit at half thanks to two goals from Hugo Mbongue and a game-winning penalty kick from Jahkeele Marshall-Rutty.

Dylan Presto scored twice in the first half for Los Angeles Football Club. LAFC center back Antonio Leone was awarded the Golden Ball after the event in recognition of the best player in the playoffs.

The U15 title game was only one part of the jam-packed day at the SoCal Sports Complex. The U17 Boys Development Academy had the quarterfinal games on Tuesday as well. Concorde Fire, Solar Soccer Club, De Anza Force, and LA Galaxy advanced to the semifinal round following the games.

TopDrawerSoccer highlights the individual standouts from the games below.