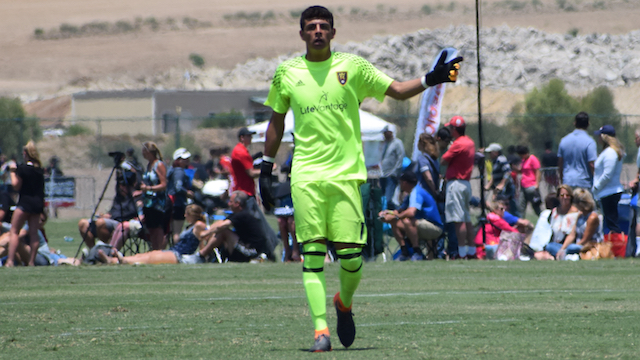 OCEANSIDE, California - The second day of action for the U18/19 Boys Development Academy playoffs was on Wednesday. Some teams were eliminated from moving on while others secured their spots at the top of the group.

In Group A, Real Salt Lake claimed a 4-2 win over BW Gottschee Academy to take sole control of the top spot in the standings. RSL needs a win or draw against Baltimore Armour on Friday to win the group.

LA Galaxy and Atlanta United FC remain at the top of the standings in Group B. The two teams battled to a 1-1 draw on Wednesday. Oakwood leads Group C after two games, and only needs a draw on Friday to win the group.

Vancouver Whitecaps look bound for the next round after winning both of the games from Group D. New York City FC is leading Group E with six points after a big win over Sacramento Republic on Wednesday.

New York Red Bulls come-from-behind win over Sporting Kansas City pushed them into the top spot in the group with one game to play. Crossfire is in control of Group G after two wins from two games. In Group H, Philadelphia Union and Portland Timbers are tied for the top spot with four points each. Shattuck-Saint Mary’s is still in the running with three points.

TopDrawerSoccer was on hand for most of the games on Wednesday. Below are the individual standouts from the action.