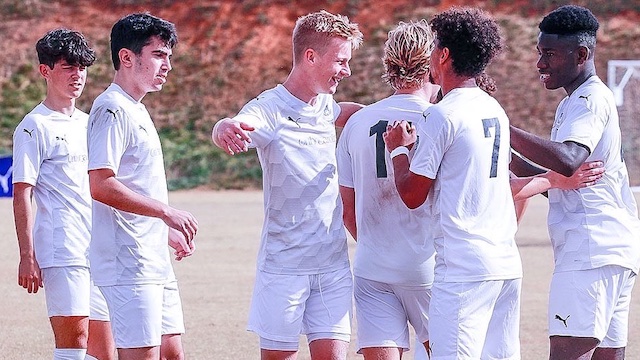 The third Boys ECNL National Event of the club season kicks off on Saturday from Sanford, Florida. The event features some of the top teams in the U18/19, U17, and U16 age groups in the league.

The National Selection Game on Saturday night is always a highlight of these events. This event’s selection game features a mix of players already committed to colleges and some top uncommitted talent, which should draw considerable interest from the college coaches in attendance for the event.

The action kicks off Saturday morning from Seminole Soccer Complex and Sylvan Lake. TDS previews the action from the three age groups below.

United Futbol Academy 03/04 (20-3-2) sits in 10th in the Champions League standings heading into the weekend. The Georgia club has won seven games in a row heading into the event in Florida. Kevin Avalos, Cole Biasi, Xavier Gonzalez, Cole Higgins, and Gavin Williams have been standouts in the attack previously. UFA takes on Tampa Bay United, FSA FC, and FC Wichita during the event.

Minnesota Thunder Academy (5-0-0) is off to a great start to he season. Ryan Swanda Morgan Olson, and Ryan Mahabadi have been standouts in the attack for Thunder this season. Thunder is taking on Skyline Elite, NEFC, and Florida West FC during the event.

Baltimore Celtic (1-2) started the season with a rocky trip in their first event, but the Maryland club is looking to bounce back in Florida. Maryland-commit Mikah Seger leads the way defensively for the squad. Baltimore Celtic takes on SUSA Albertson, Match Fit Academy, and Orlando City.

The full schedule for the U18/19 age group can be viewed here.

Penn Fusion (2-0) is off to a great start to the season. Penn Fusion is No. 2 in the Champions League standings heading into the weekend. Joseph DeAngelis leads the team in scored with three goals in the first two games. Brendan Miller scored a goal in both games. John Norbury has two assists to his credit so far.  The Pennsylvania club takes on Florida Elite, Atlanta Fire United, and Concorde Fire Premier during the three days in Florida.

KC Scott Gallagher (2-0) is another team off to a hot start this season that will be tested in Florida. KC Scott Gallagher is scheduled to take on VA Union, SC Surf, and Pittsburgh Riverhounds. Ryan Grinstead leads the team in scoring with two goals from the first two games.

Bayside FC (2-0) is in for a tough task in Florida with games against Alabama FC, National SC, and Minnesota Thunder Academy. Bayside has only conceded one goal so far this season.

The full schedule for the U17 age group can be viewed here.

Nationals SoccerClub (4-0-1) takes on NEFC, Penn Fusion, and Sporting Delaware during the three-day event. Nationals came up just short last year in the USYS National Championships. Joseph Chirco scored the goal in the championship game last summer. He is back with the squad this year as they try to reach new heights in ECNL.

Eclipse Select SC (2-0) is in for a big test with games against OK Energy FC, VDA, and Baltimore Celtic during the three days in Florida. Eclipse Select scored 10 goals in the first two games.

The full schedule for the U16 age group can be viewed here.