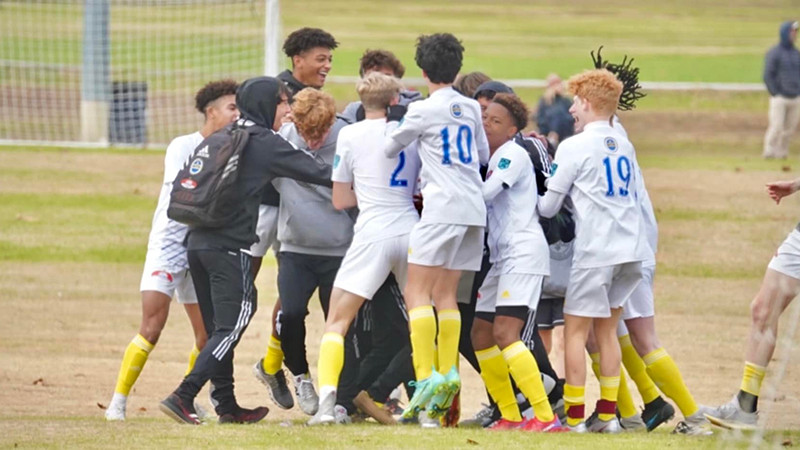 Just over 200 boys ECNL club teams are off to Greer, South Carolina for the third event of the 2021-22 season.

Action in Greer will also feature a national selection game of players picked from the older age groups (U17 and U19). In all, four age groups worth of games are set to compete from Friday through Sunday.

Preview some of the top teams heading to the event at this point in the ECNL season.

The youngest age group features the smallest number of teams competing, with 40 on the schedule. Florida Premier, which has spun off seven straight wins to start the 2021-22 season, is one of the highest teams in the Champions League standings.

Georgia club teams play the bulk of their games in the fall campaign, and NTH NASA has already played 20 times. A strong 16-0-4 record indicates positive progress this season, and they’ll face Florida Premier in the opening game on Friday. Fellow Georgia club United Futbol Academy has scored 54 goals in 21 games, propelling them to a 13-1-7 record.

Making the long journey from California at this age group, the San Diego Surf typically has excellent clubs. In 10 regular season games so far, this team has a 9-1 record with 40 goals scored and 10 conceded. A matchup against Richmond United has plenty of intrigue, along with an opening match against partner club South Carolina Surf.

Carolina Elite Soccer Academy is one of several teams at this age group of note, staying in state for this weekend’s slate of games. They are one of a handful of teams toward the top of the standings that’s played a good number of games, posting a record of 14-3-1.

Sending three teams to this weekend’s event, FC Dallas is a standout at this age group. A record of 11-2-1 has the side towards the top of the Texas Conference standings. FL Premier FC, Pipeline SC and Richmond United are all on the schedule for the Texas side.

That last duo usually has very good club teams, and Pipeline and Richmond United will be well worth watching. Charlotte SA Academy, another perennial strong club team, along with Arlington SA, GSA, NTH Tophat and Florida Elite are other teams that have solid records at this stage of the season.

Three games and three big wins have Louisville City Academy off to a flying start in the ECNL season. It’s too early to extrapolate that into national success, but Louisville gets a chance in Greer. Skyline Elite, BVB International Academy and Concorde Fire Premier are the three sides they’ll face.

It’s been a very good season in Georgia for United Futbol Academy at this age group, sitting on a record of 17-2-1. An impressive 59 goals should boost the team, which doesn’t have to travel too far for this event.

Two of the top teams in the Texas Conference are making the trip, as Tulsa SC has won 10 of 13 games. FC Dallas, as is typical, also enters this weekend with an impressive mark of 11-2-1. Also making the journey from the DFW area is Dallas Texans Academy, which is pushing this pair at the top of the conference standings.

It’s still early in the season for Tampa Bay United, which will look to turn a strong start into a positive stretch in South Carolina. After posting a 4-0-2 record, Tampa Bay face NTH, Carolina Elite Soccer Academy and Skyline Elite.

One side to watch that features several recent Division I signees is Charlotte SA Academy. James Kelly, Tyler Trimnal (Clemson(m)), Bryce Swinehart (Liberty(m)) and Sam Kolby (Charlotte(m)) are some of the names to remember as they face Atlanta Fire United, Chattanooga Red Wolves and South Carolina Surf.

Playing for just the second weekend of this season – Maryland’s high school season is in the fall – Pipeline SC has a talented roster, including future Georgetown(m) player Jacob Murrell. CESA, Ohio Premier and Albion Hurricanes are on the schedule.