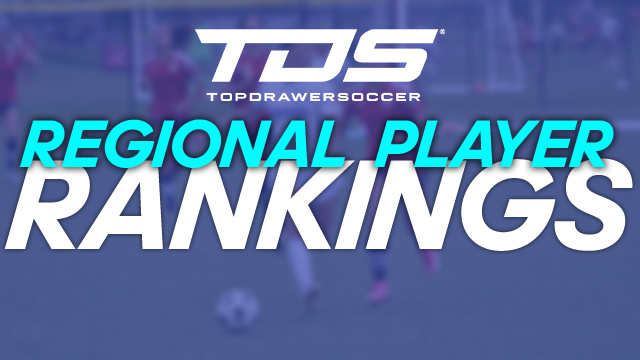 The Regional Rankings for the Boys Class of 2025 have been updated for the Fall 2021 edition. The regional rankings for each rankings class is updated on Thursday following the release of the National Top 150/200 club soccer players, presented by IMG Academy.

The Boys Class of 2025 went through a large overhaul during this update. This included adding new players to the national and regional ranking thanks to scouting events over the last few months. The big changes across the board also came as the result of new information available to us and changing the graduation year for a dozen or so players (to either 2024 or 2026) who used to be part of the national rankings.

Check out the Boys Class of 2025 Regional Rankings.

Stiven Jimenez, FC Cincinnati, jumps up to the No. 2 spot in the Great Lakes in this update. Jimenez featured with his club’s U17 side during the MLS Fest during December. The young midfielder looks to have a bright future. Indiana Fire forward Aiden Benitez remains the No. 1 player in the region in this class.

New York Red Bulls center back Davi Alexandre joins the regional rankings as No. 3 in the New Jersey region behind teammates Nathan Worth and Jeremiah White. Alexandre impressed with the Red Bulls U15 team during the MLS GA event in Southern California. He is an imposing figure at the center of defense. He defends with a competitive bite. He showed his quality on the ball as well. Alexandre did well with his long-range distribution in skipping the midfield to exploit high-pressing sides.

The Northeast Region went through a full overhaul with this update. New England Revolution winger Raphael Alves is the new No. 1 player in the region. Alves’ dynamic play in 1v1 situations made him a standout with his club at a recent showcase.

Owen Anderson (San Jose Earthquakes) and Zachary Looney (Sacramento Republic) are the top two players in the class of 2025 for the Northern California region. They are two of the seven new players to the regional rankings for Northern California and Hawaii with this update.

Christopher (CJ) Olney Jr. is the No. 1 player in the Pennsylvania region with this update. The Union standout takes over the top spot thanks to his recent player. Also, a number of players in this region were moved into their correct graduating class during this update along with two new players added to the regional rankings.

Check out the Boys Class of 2025 Regional Rankings.