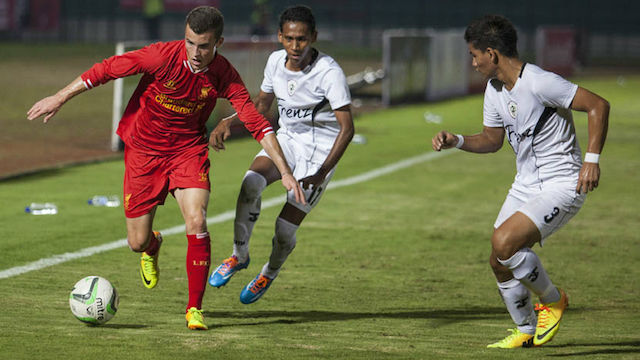 U.S. teenager Brooks Lennon will sign with Liverpool in the coming days, a source told TopDrawerSoccer. It marks the end of a rather long courting process between Liverpool and one of the top U.S. national team prospects.

Lennon, eager to join one of the top clubs in England, has been training with Liverpool on and off since 2013. Due to the strict FA rules on admittance of non-EU players, Lennon was forced to dance around many hurdles before joining the club officially. With his Irish passport en route, Lennon is set to join the Merseyside club.

The arrival of Lennon in Liverpool is not much of a surprise given how long this process has drawn out. However, his quality has not diminished during that time. He still remains one of the best U.S. prospects thanks to his time with Real Salt Lake Arizona.

Lennon, 17 years old, figures to be a key piece of the U.S. U20 Men’s National Team for the 2017 World Cup cycle. He is a dynamic player who could fit in on the wing or as a target striker. He impressed at the U18 age group with his relentless work ethic and quality in the final third.

His appearances with Liverpool have been equally prolific. Lennon scored the game-winner against Schalke for the Liverpool U17 squad last summer. He had three goals in two games last January while on tour with a Liverpool youth side.

The production had Liverpool coaches and scouts keen to sign him from his first appearances. Real Salt Lake also had strong interest in signing the academy player, but the historic English club won out.

Lennon is the only U.S. player at Liverpool after former players Villyan Bijev and Marc Pelosi both were released in the past two years. Bijev is now with Cherno More (Bulgaria). Pelosi is a free agent and was training with the San Jose Earthquakes last week.