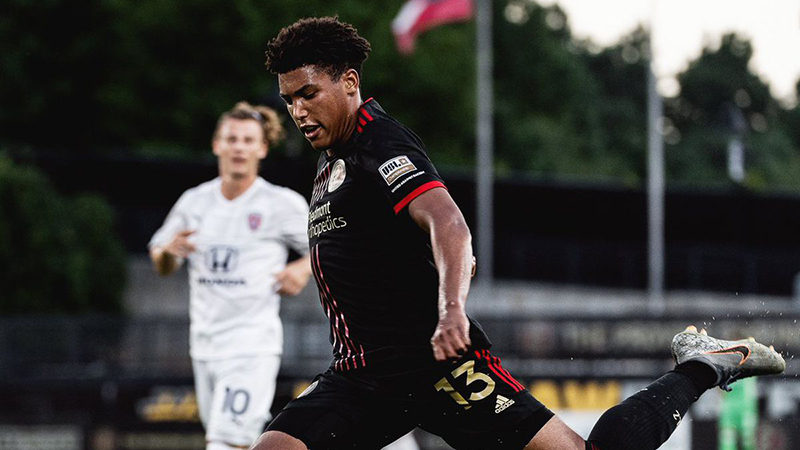 As MLS preseason gets underway, the Homegrown signings continue.

Defender Caleb Wiley is the latest, as the U.S. youth international joined parents club Atlanta United on a four-year contract.

“We are excited to sign Caleb as a professional and continue his development with Atlanta United,” Atlanta United Vice President and Technical Director Carlos Bocanegra said in a press release. “He’s still young but has gotten invaluable minutes through 33 games with ATL UTD 2 which has shown us that he’s ready for the next challenge in his career.”

An impressive body of work at just 17 years of age 👀 pic.twitter.com/jXwSh49Ytl

Originally joining the Atlanta United Academy when he was 11 years old, Wiley enjoyed extensive experience with Atlanta United 2 over the past two years. He started in 22 matches in the USL Championship in 2021, and he's turning pro with almost 3,000 USL minutes under his belt.

Wiley's also been part of various U.S. youth national teams, as he would've been a part of the U.S. U17 MNT in 2021. He played at the Revelations Cup with the Under-20s at the end of last year. He is No. 2 in the 2023 Boys IMG Academy player rankings.