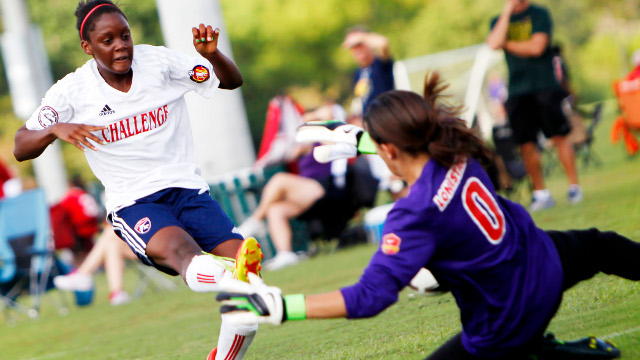 A big opening win is always nice to get, but Challenge SC coaches Pat O’Toole and Billy Solberg are not getting carried away regarding their U14 team’s prospects for the new ECNL season.

O’Toole, also director of coaching for the Houston-area club, emphasizes that the main mission to carry out is one of player development. 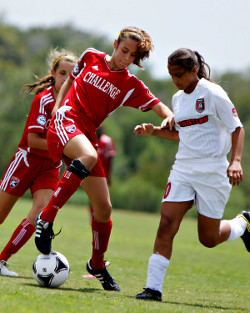 “We start out playing 8v8 at U11 and switch to 11-a-side at U13. So at this age group there is still some transition going on,” he said. “We still spend a great deal of our time focused on technique, just helping these players become as technically advanced as they can be.  We’re making sure they are able to control, pass and dribble the ball well. We work on all the basic techniques and try to fine tune those.”

O’Toole allowed that the teaching of tactics starts to enter into the training lexicon a little bit more at this age group.

“We’re trying to give them a better grasp than they had of the 11-a-side game. There are certain 4v4 and 5v5 situations, plus the concept of linking different lines, whether it’s the back and midfield or whoever,” he said. “We’re just trying to keep them improving from a tactical standpoint. We don’t want to create robots. We want kids to understand the principles of defending and attacking, so they know the concepts and can apply them no matter what the situation or the system is.”

O’Toole said he likes the look of the entire roster. Among the players making an impact so far for Challenge are Chaylyn Hubbard, a dynamic attacking midfielder who plays up a year, left-sided attacker Alyssa Malonson, Jazmin Grant, a strong and fast forward who is improving technically, and winger Zionah Browne.

“There is a lot of talent on this team,” O’Toole said. “They are athletic, but we can play.”

Challenge is back in action this weekend, hosting Dallas Sting and FC Dallas.