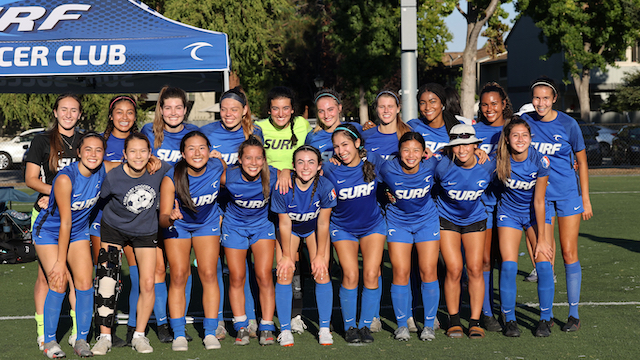 That question was answered last weekend FC Bay Area 03/04 played against MVLA in the Nor Cal NPL. Both teams won the national championship in their respective leagues last season setting up the early season meeting between the two best teams in that age group in the nation - and local rivals.

FC Bay Area won the game 3-1 on September 12. Jessie Halladay scored twice off assists from Kathryn Kelly and Yuna McCormack. Ana Schremp scored for MVLA in the second half to cut the lead in half. America Frias answered off an assist from Julia Saunicheva.

The clash in Northern California was the big one on the docket, but there were plenty of other clubs in action over the weekend. TopDrawerSoccer highlights the standouts from the games below.