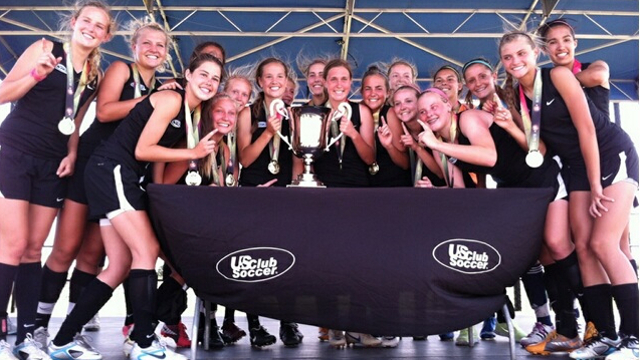 The last time we saw Wes Hart’s Colorado Rush U16 Girls team, they were U15.

Funny how that works in youth soccer. Anyway, the team was turning on the style in June to win the ECNL National Championship in Waukegan, IL. Two months later we are about to start another ECNL campaign, and Hart and company are looking forward to a title defense.

“The offseason with the elite level teams is kind of non-existent,” Hart said. “Especially for elite players. Some of ours went out two weeks later to the ECNL ID camp and then we jumped right in to preseason. I don’t know if that is a good thing or a bad thing. Certainly individual players need to find a break somewhere to make sure they are getting rest.” 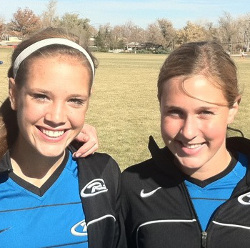 Hart said the team’s success is a confirmation for him that the club’s approach to player and team development is working.

“For the most part, the club has a philosophy of how to do things I don’t know if we will change much of what we’ve been doing. The fact that we were so successful doesn’t mean we should change, I guess it means we’re doing something right,” he said. “I think I’ve made it clear to the team that we are not satisfied. The players share that same vision. It’s a group of 15-year old girls so certainly they haven’t arrived. We have a ton of work to do, just like always. There are loads of talented clubs and teams out there, and we’ll be a target since we won, but by no means are we satisfied with one.”

The team is largely unchanged for the title-winning side, but Hart mentioned attacking midfielder Alexius Hill is coming over from local rivals Real Colorado. Talented defender Breahna Robertson will miss some time in the first half of the season with a hip injury.

National team players like Jordan DiBiasi, Betsy Brandon and goalkeeper Sabrina Macias are some of the better-known players on the squad along with midfielders Kayla Hill and Jamie Brunworth, plus chamTapionship goalscorer Rylie O’Keefe (whose interview in this video is one of our favorites )

Hart emphasizes how much the entire squad was essential in winning the title, and the importance of squad chemistry to this team’s success.

“Kayla Hill is a good example. She is such a key midfielder for us, just a great player. But when she went down at nationals with a concussion, other players were there to pick up the slack,” he said. “It’s pretty amazing the chemistry this team has. I wouldn’t say that about many other teams. We truly have a group that is working for each other. We’re not overly concerned about individual honors. They all realize recognition comes with the team’s success, when they are winning and succeeding together We have loads of talented players on this team. You might hear more about some, but I’m never hearing any grumbling from the players or parents. We just go about our business.

The Colorado Rush U16 Roster: