Commit ‘breaks up’ with top program 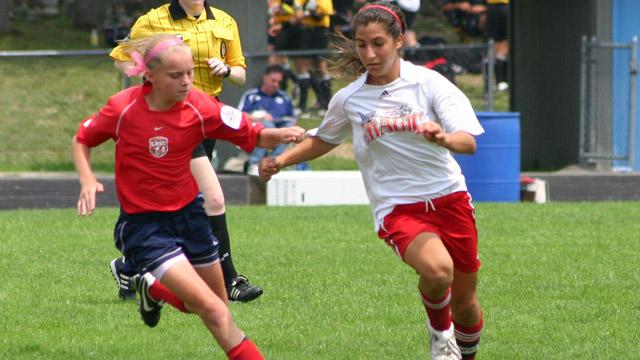 It came down to Wake Forest and Virginia. Kendal Robino had made at least three visits to each campus and she found herself in her living room making a list of pros and cons for each school – like a conflicted teen trying to decide whether to break up with her high school sweetheart.

She broke up with Virginia; meaning she chose to commit to Wake Forest for the 2013 season. 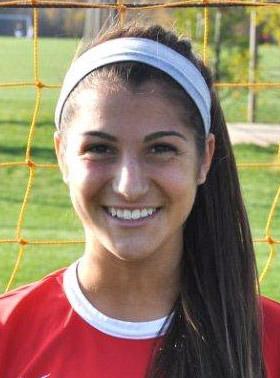 Kendal Robino
For Robino, a player ranked No. 85 in our Top 100, her decision brought an end to a process that started her freshmen year in high school. Her list of potential programs once included South Carolina, Duke and Boston College, but through diligent work and a lot of searching she found that the Demon Deacons were the right fit.

“Wake kind of clicked, and it hit me that I really loved it,” she said. “I wanted to be totally comfortable with the school (aside from soccer). The girls on the team are great and I’ve always dreamed of playing in the ACC dream.

“When I took my visit, the coaches showed me everything and never left my side. That struck me.”

What likely struck Wake Forest about Robino are her enormous technical gifts. She is capable of playing anywhere on the field and has consistently stood out during her career, even when paired with other big-time players.

Robino will now train four to five times a week and count the days over the next couple years before she begins the next phase of her career.

On to the rest:

Kristen Rivers (Atlanta Fire United SA) has verbally committed to Missouri for the 2013 season. The Tigers have a highly touted group of incoming freshmen this season and are already building for the future.

Melanie Donaldson (JB Marine) has verbally committed to Missouri for the 2013 season.

On the boys’ side:

Harrison Kendall (FC Delco) has verbally committed to Syracuse. Kendall is ranked No. 12 in the Pennsylvania Region and will bring great attributes to the college game. He plays with a constantly running engine, and is a very competitive and industrious player.

Westin Lendon (Concorde Fire) has verbally committed to High Point for the 2012 season.

Josh Boone (Alpharetta Ambush) has signed with UNC Wilmington for the 2011 season.

Adam Stroup (Alpharetta Ambush) has signed with Georgia State for the 2011 season.

Dalton Walsh (Alpharetta Ambush) has signed with North Georgia College and State for the 2011 season.