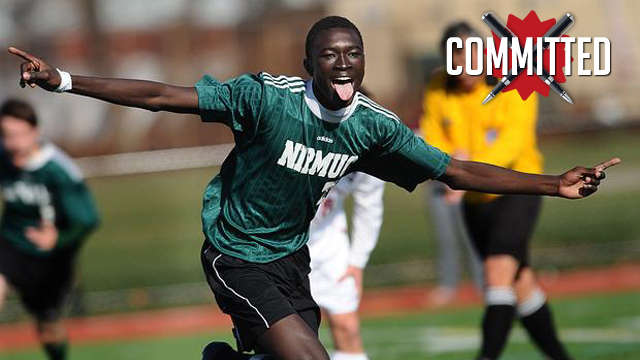 Today’s full roundup begins with a standout who announced her commitment last month but shared some recent thoughts about her decision.

Schuyler DeBree, PDA
Commitment: Verbal to Duke for the 2014 season.

Reason: “I have grown up in a family of North Carolina fans, so it seemed out of the question for so long due to the rivalry. However, during my 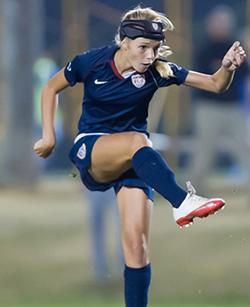 college visits, my interest in Duke grew until I realized it would be the perfect school for me. When I visited the school everyone there displayed what seemed like unconditional friendliness. It gave me insight into the environment.”

Here’s a little insight on DeBree: she’s really good. Ranked No. 98 in our 2014 Top 150 class, DeBree is an advanced defender who really understands the game. She’s a great organizer of the defense who communicates with her teammates and isn’t afraid to push forward.

DeBree will join the likes of Imani Dorsey and Abigail Pyne, both of whom accompanied DeBree at U.S. U15 National Camp.

Reason: “I chose Abilene Christian because I wanted to go to a small Christian school close to home. I went to their soccer camps and liked the coaches and players. I also made several visits to campus to watch the team play. ACU plays a possession-style game which is what I am used to and like. They also have the academic programs I was looking for."

Throneberry is a spirited attacking player who strikes the ball well with both feet and can make plays for others.

In other girls’ commitments:

Michelle Prokof - (Eclipse Select) has verbally committed to TCU for the 2013 season.

Reason: “I just felt comfortable and confident in Butler as the place for me. The opportunities I saw at Butler, both academically and athletically, were outstanding. The goalkeeper coach, Mike Sanich, also was a huge plus for me. I have been training with him for a while and I really felt comfortable with his training methods and I was 100 percent positive that I could strongly develop under his tutelage and expertise.”

If you haven’t figured it out by now, Dick is in fact a goalkeeper. With his 6-foot-5 frame he has no problem being big in the box, and also brings solid agility considering his size. Most importantly, Dick is a student of the game. He’s constantly studying his craft and has visions of one day making the senior national team.

Tanor Jobe - (FC Greater Boston) has signed to Central Connecticut for the 2012 season.

Sam Zanetta - (FC Golden State) has signed to Willamette for the 2012 season.

Frederic Nzekele - (AC Bethesda) has verbally committed to UNC Wilmington for the 2013 season.