Commitments: Opposite ends of the country 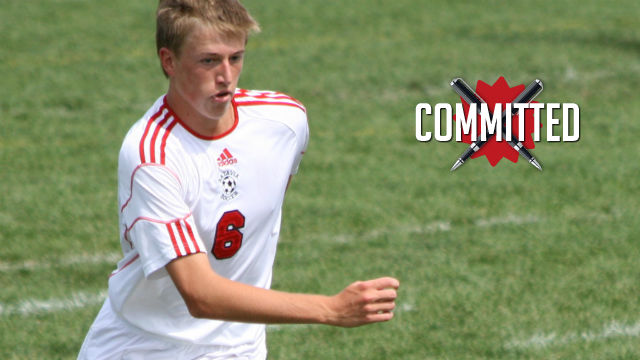 So far this season, Will Herzl has played 25 times for Colorado in Development Academy action. The defensive stalwart jumped at the chance to make a commitment to Loyola Marymount, even if he felt it was a bit early. 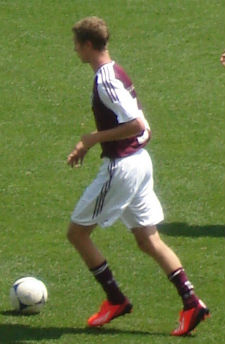 “I just really liked everything about the program and the school,” Herzl told TopDrawerSoccer.com. “I thought about continuing to look at other options, and quickly decided that no other school was going to outdo LMU, so I jumped on it. Now, the pressure and hassle of a college search is gone and I’m focused on making myself into the best I can be in August of 2015 when I arrive at LMU.”

Herzl was quick to pay a lot of credit to his development as a player from his time at the Colorado Rapids Academy, which has helped prepare him to make the jump to Loyola.

“I’ve really improved since playing on the Rapids,” he said. “They are a great organization, and being in the Rapids program made me visible to the LMU coaches. I hope to pay the Rapids back by being a standout player at LMU.”

During his college search, the coaching staff was a huge part of the program that caught his attention.

“Coach [Mathes] Mennell was very honest and approachable, and coach [Paul] Krumpe made me feel like he really wanted me there,” Herzl said. “The players were all down to earth and super athletic, and I felt like I could fit in well with them. Plus I sensed that there was no limit to how far the team could go in the tournament, which is really my goal.”

The school had plenty of educational options of interest to him, another big aspect of his decision.

“Excellent academic credentials, great options for someone like me who doesn’t know exactly what I want to do yet: business, pre-med, pre-law, or engineering,” he explained. “I like that it is a Jesuit school, I like what that stands for. And it doesn’t hurt that it is in southern California 1.5 miles from the beach.”

Herzl will join Rapids teammate Miles Chow at Loyola Marymount, as both are verbally committed for 2015.

Ian Larson’s path from Chicago to Pittsburgh ran through the Chicago Fire youth setup, helping him land on the radar of Duquesne – his future college home in 2015.

The program’s similar style of play to the Fire stood out to him, along with a positive experience with the coaching staff.

“The coaches were very supportive throughout the recruiting process and have a great vision for what they want do and how I fit into their plans,” Larson said. “They are building a very successful program and I’m excited to be a part of it.”

A left-sided player who can slot in either at an outside back spot or left midfield spot, Larson is a technical player who make good decisions on the flank and takes pride in his crossing ability.

The soccer program aside, Larson also was pleased with the academic side of things, as he plans on going into business, and also had family ties to the area.

The campus is beautiful and in downtown Pittsburgh so there’s a lot to do,” he said. “Also my mom is from Pittsburgh and I still have family living there so I’m familiar with the city.”

Goalkeeper Brendan Rennie (Minnesota Thunder Academy) committed to UCF for the class of 2015.

Midfielder Adam Cloe (Greater Libertyville SA) committed to Drake for the class of 2014.

Midfielder Zachary Herivaux (New England Revolution) committed to Providence for the class of 2015.