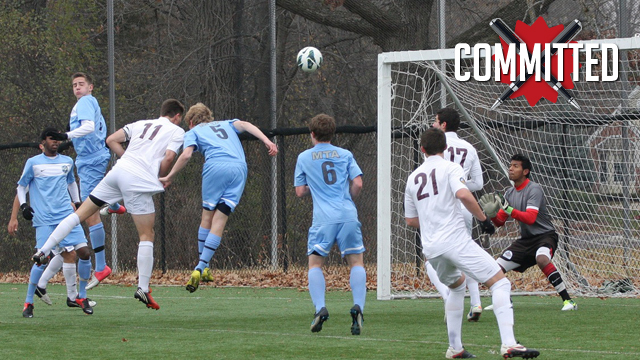 There’s no doubt that the continual conference shift is going to have a noted impact on recruiting.

And Temple’s move to the Big East helped them land the verbal commitment of Robby Sagel, a solid and steady performer for Shattuck.

“I decided to commit to Temple for multiple reasons,” Sagel told TopDrawerSoccer.com. “First of all, they are going to the Big East next year, so I will have the opportunity to play against some of the best competition in college soccer.”

“Also, the coaching staff at Temple has proved to be top notch. Between the experience and connections with Coach [David] MacWilliams and the knowledge and recruiting of Coach [Brian] Clarhaut, Temple provides a good place for players to develop and gives them every opportunity to be seen by professional scouts. Lastly, I really enjoyed the area. Temple is right in the city of Philadelphia, so there's a lot to do. I've always enjoyed being in a big city, and Temple was the perfect place for that.”

While he’s played as a center back for a lot of his club career, Sagel was recruited as a forward and could end up playing there at the next level. And although the Owls haven’t endured much success of late, Sagel thinks things are improving, and that’s something he wanted to join.

“The soccer program itself at Temple is on the rise,” he said. “I wanted to be a part of an up and coming program and Temple was perfect for that. With some solid returning players and a few good impact players in the 2013 recruiting class, I strongly believe Temple can make some noise in the Big East.”

An attacking outside left back who likes to get forward, Trevor Swartz is committed to Indiana just in time to see his future program play at this fall’s College Cup.

The program’s current success, of course, wasn’t the only attractive feature of it.

“I decided to commit to Indiana because of the great combination of academics and athletics,” he told TopDrawerSoccer.com. “When making my decision I was looking for a school that could provide a top-notch education as well as an elite soccer program. I believe that Indiana University fulfilled both of these areas and will help me develop as a person and player.”

The decision was very much related to what the team has done in the past, however, as he sees this as a tremendous opportunity.

“What I like about the program at Indiana is their history of winning national championships, producing professional soccer players, and the great coaching staff,” he said. “The combination of these three things made it an opportunity I felt I could not pass up and I believe Indiana's soccer program will help me fulfill my dream of playing professional soccer.”

And while Swartz noted the substantial differences between his native California and where IU’s campus is, it’s something that excites him, not that he dreads.

“The campus, facilities, and the town of Bloomington are all great,” he said. “It is a whole different environment than where I have grown up in California and I am looking forward to making the move. Also, the Kelly School of Business is one of the best business schools in the country and that was really appealing as I plan on majoring in business.”

Stephen Chapman, a forward from Piedmont Triad FC (North Carolina) is committed to High Point for the class of 2013.

Brandon Sloan, from Vardar, is committed to High Point for the class of 2013.

Maxi Pragnell, from Shrewsbury (England), is committed to Davidson for the class of 2013.