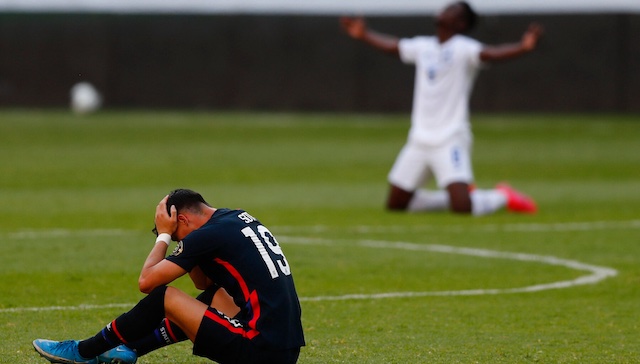 This is a massive boost for U.S. Soccer, which has enjoyed considerable success at the U20 level, but struggled mightily at the U23 level over the last decade. The 2003 and 2004 age groups - players like Ricardo Pepi, Caden Clark, Moses Nyeman, Justin Che, Cade Cowell, Paxten Aaronson are all born in 2003 - will be the key pieces during this qualifying process even though a couple of them may already be with the full National Team when next summer rolls around. Full details on the qualifying process and the changes can be found below.

Concacaf has announced that the region’s men’s representatives at the 2024 Summer Olympic Games will qualify through the 2022 Concacaf Men’s Under-20 Championship.

Previously, qualification has taken place through a separate Concacaf Men’s Olympic Qualification tournament which commonly took place in March prior to the Summer Olympic Games.

However, to provide Member Associations with a better opportunity to select their best young players, the Concacaf Council has approved a new streamlined approach which will link FIFA U-20 World Cup qualification and Olympic qualification to the Confederation’s regional men’s U20 Championships, which will take place in the summer starting in 2022.

The Concacaf Men’s Under-20 Championship will begin with the Qualifiers for 19 Member Associations (all ranked 17 and below in the Concacaf Men’s Under-20 Rankings). The draw for the Qualifiers will take place on Friday, September 17th at 11 am ET. The 19 participating teams will be divided into three groups of five, and one group of four. More information on the draw is available here.

All matches of the Concacaf Men’s Under-20 Qualifiers will be played in Santo Domingo, Dominican Republic from November 5-14, 2021.

The 2022 Concacaf Men’s Under-20 Championship will qualify its semifinalists (four teams) to the FIFA Men’s U-20 World Cup Indonesia 2023 and its finalists (two teams) to the 2024 Paris Summer Olympic Games.