Nick Besler has the luxury of practicing with a professional player just about anytime he wants. Sometimes he doesn’t even have to leave the house.

Older brother Matt Besler is a defender for Sporting KC of the MLS. It’s a resource Nick doesn’t hesitate to utilize. 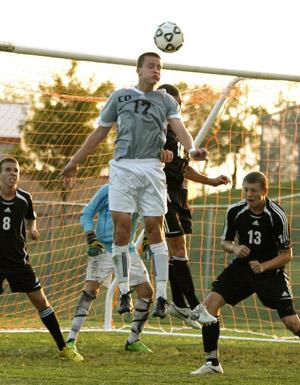 Nick Besler
“We practice together a lot and one thing we sometimes do is play soccer tennis, but with a tennis ball,” said Nick, our No. 3 ranked player on the Heartland Region Top 20 list. “It’s really helped my touch and become a well-rounded player.

Nick’s versatility is one of his many assets. A 2011 graduate and defender for KCFC Alliance, he’ll be heading to Notre Dame this fall and maybe one day joining big bro in the professional ranks.

This week’s Heartland Top 20 rankings feature a group of athletes who could also be headed for big things. Jonathan Kempin, a 2011, is a gifted goalkeeper who has already reached his ultimate dream by recently joined Sporting KC.