DA Playoffs: Opening U16 + U18 Standouts 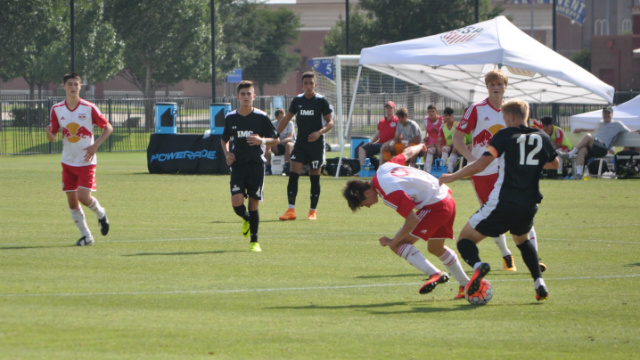 The intensity of matches was hit or miss, as players adjusted to the heat, sun and higher stakes offered by playoff soccer.

There were close games aplenty, as the chase for quarterfinal spots officially began.

FC Dallas continued to reinforce its status as contenders in both age groups. The U16s defeated D.C. United in the featured game of the evening, while the U18s cruised to a 4-0 win over Shattuck St. Mary’s.

The New York Red Bulls U18s secured perhaps the best comeback of the net, turning a 2-1 deficit into a 3-2 defeat against SoCal side Pateadores.

Here’s a look at some of the top individual performances spotted by TopDrawerSoccer.