The move in the highly-charged club soccer league has led to new rivalries in divisions, especially in the Central Conference, as teams find themselves with battles at the top of the standings.

The Texas Division was dropped this season and merged with another division, so now four MLS Academy teams roam the Frontier Division. Two of those professionally attached youth clubs have enjoyed stellar starts to the season with Sporting Kansas City and FC Dallas combining for a 15-0-1 record between their four teams. 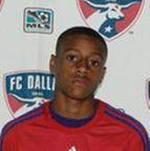 The top two teams in the Frontier Division meet next weekend in what should be a highly competitive showdown, but both are in action this weekend against other opposition.

Sporting KC hosts Texans SC Houston on Friday night. Sporting’s U18 squad is led in the attack by Eduardo Moreno who has scored seven goals this season.

FC Dallas is on the road in Colorado with games against Colorado Rush and Real Colorado on Saturday and Sunday respectively. Furman commit Bobby Edet had been the main threat offensively for Dallas with four goals in three games.

Strikers FC host Arsenal FC in the lone Southwest Division battle on Saturday. Both clubs have had mixed results to start the season with Strikers U18 checking in at 2-2-2 and Arsenal sitting at 1-2-1. Two California commits are set to highlight the billing with Jose Garica pulling the strings for Arsenal and Christian Thierjung’s mesmerizing runs leading the Strikers’ attack.

On Sunday, UC Santa Barbara commit Ben Spencer is set to make his return to the lineup for Chivas USA U18. Spencer injured his shoulder on a diving header with the U.S. U18 Men’s National Team last month. Chivas is hoping Spencer’s reintroduction to the team will be enough to get back on a winning streak. After winning the first two games of the season, Chivas has only managed two points from the last three games.

Jason Romero’s seven goals have been enough to push De Anza Force U18 to third in the Northwest Division. Force take on new Development Academy club San Juan Soccer Club on Saturday in one of the few games between Northwest clubs this weekend.

New York Red Bulls play local rivals BW Gottschee Academy on Sunday in a Northeast Division clash. In the U18 age group, Red Bulls are top of the division while BW Gottschee, formerly NY Cosmos, is in third place. The Red Bulls are 5-0-1 on the season thanks to the standout play of a couple of Georgetown commits, Arun Basuljevic and Alex Muyl, in the middle of the field.

On Saturday in Pennsylvania, it is a battle between Philadelphia Union affiliates when PA Classics host FC Delco. Classics are second in the Atlantic Divison for the U18 age group with a 5-1-1 record. Joseph Julius’s six goals this season have paced the attack for the Classics.

Orlando City seems to be handling the move to the Development Academy just fine in the U16 age group. Orlando City is 3-0-0 with a plus six goal differential after the first few weeks. This weekend, OCYS takes on its first Florida team when it hosts Weston FC.

Also in the Frontier Division, Houston Dynamo makes the trek to Colorado for a game against the Colorado Rapids on Saturday. Dynamo U18 currently sits in third place in the division thanks to the offensive output of Carlos Ibarra who has four goals to his name.