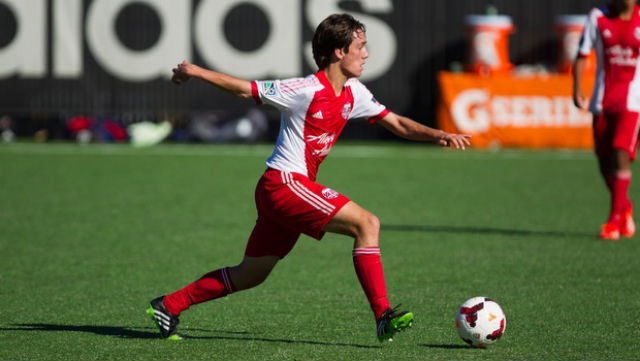 One of the best matchups of the weekend features the two Texas MLS Academy sides squaring off, as FC Dallas travels to Houston for a pair of games against the Dynamo. Northwestern recruit Elochukwu Ozumba will be the danger man for the Dynamo U18, while Christian Lucatero provides a midfield platform for the hosts. FCD remains one of the best programs in the country, and continue to roll even without one of its best players, Coy Craft, missing the past five games. All four teams involved look safe to make the postseason. 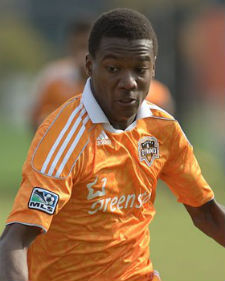 Two of the best Academy programs in Texas outside of MLS circles are Solar Chelsea and Dallas Texans, each with a long history of player development. The two sides meet this weekend, with Solar U18 standout Alan Winn continuing to put in goal-scoring shifts before heading to North Carolina in the fall.

The race for first place in the U16 Mid-America Division is perhaps the tightest across the Academy – one team is on 45 points (Crew Soccer Academy Wolves), two on 44 (St. Louis Scott Gallagher Missouri and Vardar) and one on 43 (Chicago Magic PSG). All four should make the playoffs, but this weekend will figure in who finishes first. Chicago Magic has a pair of games, hosting Crew Soccer Academy and Internationals SC, while Wolves and Vardar host both St. Louis Scott Gallagher sides.

It’s another chapter in the youth Cascadia Cup, as Portland Timbers pay a visit to Starfire and the Seattle Sounders. From a standings perspective, the Sounders are winning the war already, sitting in first place in the U18 age group, second in the U16s, while the Timbers are outside of the playoff picture altogether. Sounders swept the earlier encounters in the fall, and can maintain pressure on a pair of first place finishes if they can replicate those results.

Playoffs look safe for De Anza Force U18, and the NorCal powerhouse wraps up the regular season against Santa Cruz Breakers.

Also wrapping up its schedule on the weekend is Real Salt Lake-AZ, with a trip up to the Pacific Northwest. It’s a pair of non-Division games for the program that is first in both Southwest Division age groups, as they’ll take on MLS academies Portland Timbers and Vancouver Whitecaps.

Real So Cal U18 has put in a solid shift this season, and plays its second to last game of the year on the weekend against Chivas USA.

Former Academy affiliates are up against each other in the PA area, as the Philadelphia Union host PDA. The New Jersey club side is in second place and first place in the U18 and U16 Atlantic Division respectively, while the Union are playoff chasing in the U16 age group. Duke recruit Brian White is making a late charge for the U18 scoring crown, sitting on 20 goals with four games left in the season.

Bethesda-Olney’s strong first season in the DA continues at the U18 age group, making a road trip down Interstate 95 for a matchup against the Richmond Strikers. The two-headed U18 scoring monster of Jeremy Ebobisse-Ebolo (21) and Matthew Ledder (16) will guide the D.C.-area side in Virginia’s capital.

Upstate New York is calling the Red Bulls this weekend, as they’ll travel to take on Empire Revolution. The Red Bulls are rolling in both age groups, as Arun Basuljevic will look to keep scoring after a brace last weekend.