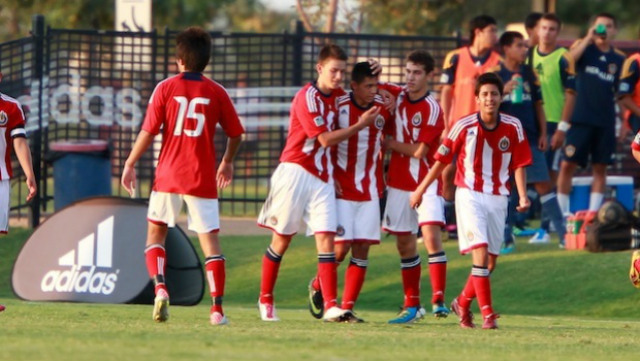 Chivas USA Academy took this approach with its academy, as the Los Angeles MLS club handed over the reigns to its youth Academy to former Director Sacha van der Most last week.

Van Der Most unceremoniously was let go 18 months ago when then head coach Robin Fraser and his staff decided to go in a different direction with the club. With Fraser’s firing, the tables have turned back in Van Der Most’s favor, and the Dutch director is already at work with the club. 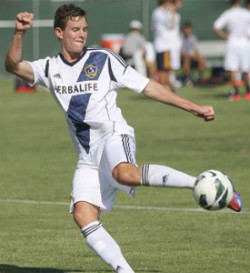 The mantra from the top continues to be that Chivas USA and Chivas (the Guadalajara edition) need to play the same style, so the youth teams are, in theory, going to be closely intertwined.

On Saturday, Chivas USA fans will get a chance to see how the initial developments have progressed with the U18 and U16 teams playing against Strikers at UC Riverside.

The younger Chivas side has enjoyed success more frequently this season, and sits in a playoff spot at the midway point of the campaign. Behind nine goals from recent UC Santa Barbara commit Caleb Calvert, the Goats attack is tied for second-best in its division.

The older Chivas squad is under new leadership with CSU Bakersfield assistant coach Keith Costigan taking over the head position with the team. Chivas USA U18 is 5-3-5 and middle of the road in the standings, but Adonis Amaya’s return has helped the attack. The U.S. U17 men’s national team player scored twice against San Juan Soccer Club last week.

The fixture at the Big West school is not the only game on the schedule for Super Bowl weekend – check out a preview of some of the top games on the docket.

Real So Cal is still in the mix to claim one of the top two spots in the Southwest Division in the U18 age group, but they face a big challenge on Saturday. Division leaders LA Galaxy head into town, and are looking to get back to their winning ways. The Galaxy U18 side has been held without a win for the past two games, which is a remarkable slump for LA. In fact, it has been over a year since the last time Galaxy U18 went three games without recording a win.

In the younger clash, Real So Cal U16 is looking to add to its 168-minute shutout streak against Galaxy. U.S. youth national team goalkeeper Justin Vom Steeg has anchored the defensive effort that has only let in 16 goals in 13 games, which is second best in the division. Carlos Gonzalez has done the damage on the other end with three goals in the last two games, and 12 goals on the season.

Up north, San Jose Earthquakes and Vancouver Whitecaps face off in an important Northwest Division clash on Sunday. Earthquakes U18 hold onto the top spot in the division with a comfortable lead while Seattle Sounders and Whitecaps give chase. Quakes take on Crossfire Premier on Saturday, as well.

FC Dallas travels to Texas Rush on Saturday in an important U16 showdown in the Frontier Division. Both teams sit in the upper half of the division standings, as the games tick away toward the end of the season and clubs fight for the top two positions in the division.

Santiago Agudelo leads the FC Dallas attack with 11 goals on the season, and should get a few chances to add to that total on Saturday. Texas Rush’s defense has been leaky this season with 21 goals conceded in 15 games.

Among the older squads in the Frontier Division, Dallas Texans U18 is looking to extend its lead at the top of the table this weekend when they face Texans SC Houston on Saturday. Dallas Texans U18 are undefeated in their last ten games thanks to a balanced attack and some solid play in net from Hunter Harrison.

CASL Chelsea FC Academy returns to action this weekend with a pair of games against IMG Academy and Chargers Soccer Club. The two teams from Florida will be looking to knock CASL U18 off its pedestal. The North Carolina club holds a slim lead over Weston FC at the top of the division.

Georgia United also rejoins the fray this weekend with a game against Charlotte Soccer Academy. Georgia United U16 is still undefeated on the season with a 5-0-5 record, and sits in second place in the division. Goalkeeper Marius Heislitz has only let in five goals this season.