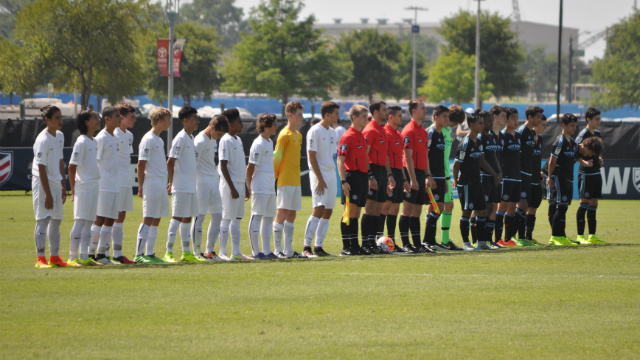 FRISCO, Texas — With Under-16 teams entering the Showcase fray on Wednesday morning, the intensity of action was as hot as the searing Texas sun.

But the U14 games remained front and center in terms of excitement. The New York Red Bulls looked poised to end FC Dallas’ unbeaten run, leading 1-0 late in the second half on an Aziel Jackson goal. However, FCD center back Nathan Toledo stepped up, scoring from a corner kick right before the final whistle to secure a 1-1 draw.

It was an entertaining matchup on the day that also featured a high-scoring win for New York City FC’s U14s, which topped Sacramento Republic by a 5-3 score.

Here is a look at some of the standout performances watched by TopDrawerSoccer from the U14 and U16 Showcase games.