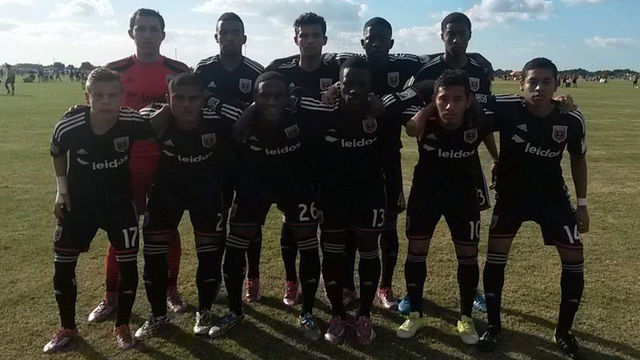 This fall, it enters a new era.

United announced in mid-February plans to team up with the Calverton School and create a residency program in Huntingtown, Maryland, 45 minutes south of RFK Stadium.

“The goal of the project, big picture, was to have the ability to have residency in order to house out-of-territory players or in-territory players in which we want to be able to control both their academic but also their athletic development environment a little bit more,” United Academy Director Nolan Sheldon told TopDrawerSoccer.com.

It’s a program that will offer a few different options. There will be a five-day residency option for players who live locally. They can stay Monday through Friday, train twice a day while attending classes at Calverton, and then head home for the weekend. Local players can also just commute from home if they decide.

Another option would be residency in its true form, with players spending seven days a week at the school’s facilities, training with United’s Academy team and taking classes. Players involved in the program would be under the watch of United staff members who will work at Calverton on a full-time basis. They’ll take part in the morning training sessions five days a week, getting hands on feedback from coaches in smaller groups. Then, everyone on United's Academy squad will bus back up to RFK Stadium for afternoon training sessions after taking care of academic responsibilities.

“The key for us is to make sure that we always have the flexibility with local students to be able to offer something more to them from the soccer development side,” Sheldon said. “The biggest hurdle for us was to be able to create specific academic schedules so that we could build in additional training sessions throughout the course of the week.”

United will also make the program coed. Leaning on its affiliate youth clubs in the region, top female players who show interest could enroll on a full-time basis, take advantage of the morning training sessions, and have the opportunity to compete at a high club level with D.C. affiliate Maryland United, a top program in the ECNL that trains close to Calverton.

Conversations with Calverton began more than a year and a half ago about the possibility of working together. Head of School Spencer Taintor had previous experience creating a similar project in Orlando, Florida, centered on golf. Talks picked up last summer and fall before the agreement was finalized earlier this year.

“Their residential facilities in my book are second to none,” Sheldon said of Calverton. “They have houses on campus that are committed to the student athletes and it really feels like a home environment, and that was something that was important to us.”

Sheldon, who coached at IMG Academy prior to joining United’s coaching staff, knows that there will be challenges ahead as they round up top talent to join the new residency.

“Just from my experience it’s hard for high school age players to be away from home,” he said. “And oftentimes the really demanding schedule when you’re living away from home is tough for these young men to balance. For us, we really want to create a culture in which it feels like a home away from home, and that’s why these residential facilities are such a good fit for us.”

The club will work with the school’s financial aid program in order to provide support for players looking to join. According to Sheldon, interest has been "overwhelming" since the announcement first came out, and United is eager to continue improving what its academy has accomplished in the past by inviting players from out of territory to join. There's flexibility in terms of numbers, with the initial goal of bringing 15 or 20 players into the program well within reach.

“If there is a top player out there that we feel as though would be a good fit for this program and he and his family believe that he would be a good fit for this program, we would want to have that conversation with that individual," he said. "We want to give an opportunity to be involved with a professional club and enhance the quality of our player pool here at the club, so there are targets that we have that we’re going to reach out to here in a short time. A lot of the players [we are targeting] are in our current academy, so we’re going to try and do more for our players within our academy."

With players already in mind, United is scheduled to host a residential summer camp at the Calverton School in June. Players there will also be scouted for possible selection as the first steps are taken toward launching the program in full later this year.