The Akron Zips have gone 7v7. Those seven standouts lost to the MLS Draft have been replaced by seven incoming freshman eager to make their mark on the next level.

Signings: Will Trapp (Columbus Crew), Bryan Gallego (New York Red Bulls), DeAndre Yedlin (Seattle Sounders), Diego Navarette (Santiago, Chile), Kyle Culbertson (Crew Soccer Academy), Andy Chiu, David Murrow (Internationals SC)
Skinny: Akron has three players from our Top 100 in their incoming class, including Trapp (5), Yedlin (7) and Gallego (10). Trapp could really thrive in Akron’s style. He has quick feet and has a good soccer brain. Yedlin is a dangerous athlete with a lot of potential while Gallego is a natural leader on the defense.

The rest of the group is a good mix of skilled players and one that coach Caleb Porter knows he needs. 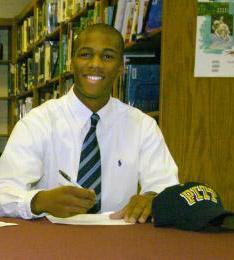 Julian Dickenson
“With the departure of seven starting players and five underclassmen, we certainly had holes to fill,” he said via the team’s website. “I am confident that this group will help us maintain our standard of excellence on and off the field.”