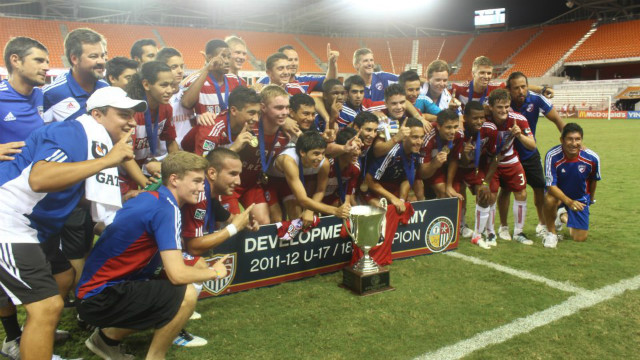 Each and every year represents another step forward for the U.S. Soccer Federation’s Development Academy and youth development in the United States.

At least that’s how it’s supposed to be.

The U.S. Soccer Federation releases grades of each individual Academy at the end of every calendar year, meant to help all clubs involved follow the program’s guidelines and measure the progress that is being made. 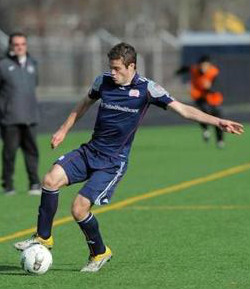 At the end of 2012, the evaluations for the 2011-12 season were officially released and they made for interesting reading (download the complete pdf here). The entire article and information presented below is based off the document the U.S. Soccer Federation shared, compiled by their staff of coaches and technical directors.

In all, 77 clubs were graded, using five separate guidelines: Style, Training, Expenses, Respect and Administration. For each category, clubs are graded on a scale of zero through five stars, with the highest possible total rating out of 25 (the club that received the highest evaluation was New England Revolution, which received a score of 20).

It’s also worth mentioning inaccuracies emerged, especially when relating to the Expenses categories. D.C. United Academy, which was handed a zero for expenses (insinuating that no expenses are covered) do in fact cover some, while Crew Soccer Academy was given two stars for expenses, yet do in fact cover all Academy costs for players, according to the club.

The average total rating per club was a shade under 14 stars, which is right above the 50 percent mark. It’s impossible to draw significant conclusions with so many moving parts, but that, of course, comes down to the details: how the ratings are drawn up, and how exactly the scores would compare to some of the top academies in Europe or the rest of the world.

Cream of the crop

FCD’s presence near the top is no surprise, as the club has signed a total of nine graduates to its first team (although some have already been cut) and enjoyed success on the field, capturing the U18 Championship in the summer of 2012.

MLS Academies, with the ability to spend more money on youth development, have ten of the top 15 highest total ratings. Chivas USA, New York Red Bulls, Sporting KC, Vancouver Whitecaps, Chicago Fire, Real Salt Lake and Seattle Sounders are among those near the top. The table below indicates the breakdown of each category.

That doesn’t mean there isn’t quality outside of MLS. Shattuck Saint-Mary’s comes in at third, while outside the top 15 other clubs like Internationals (Ohio), North Carolina Fusion, Virginia Rush and CASL Chelsea FC receiving higher marks, coming in with a total ranking higher than 15.

Still, the overall ratings indicate just how far the program still has to go as U.S. Soccer measures its development program.

One of the most consistent complaints and obstacles of the Academy – and youth soccer in America – is how expensive everything is.

U.S. Soccer helps relieve some of the burden of costs, but because of the vast distances covered by certain clubs, it’s still a very expensive proposition to undertake. Some clubs have to take flights every weekend for games, and it’s a problem that doesn’t have a great solution.

Still, according to the evaluation form, “the goal of the Academy is to move away from pay to play models and eliminate all fees for players who participate in the Academy program.”

So how do the teams rate in that respect? Fifteen clubs received either four or five stars, indicating that they cover expenses in full.

However, it is difficult to ascertain just how much each team is spending without going into club-by-club budget details, data that isn’t listed on the evaluation. There’s little indication given as to what the difference is in expenses covered between one, two and three stars, as some clubs with one star ratings were said to cover "some" expenses, while others listed as covering no expenses still received one star ratings.

Along with that, apparent paperwork issues have led some Academy clubs – Crew, D.C. United and Houston Dynamo to name just a few – to receive a much lower rating than they should have. It’s safe to assume that the accuracy of the expense rating is perhaps a touch off the mark.

No matter how the money breaks down, of the 77 clubs in the Academy last year, the vast majority still doesn’t offer a free Academy experience. And while that is a big ask to make, it’s an issue that will only continue to be addressed by U.S. Soccer and the Academy as its evolution continues.

Style of play, training still a work in progress

When surveying the individual categories, along with the expenses, the other two points that stand out are training and style.

The style ratings are perhaps the lowest, as no team received more than a 3.5 rating – and that was for only four clubs total across the Academy: FC Dallas, Chicago Fire, Real Salt Lake (AZ) and New York Red Bulls. It’s important to note that judging the style of play is completely objective, and down to how many times a member of the scouting staff sees each team, and that sort of thing. But U.S. Soccer is obviously in pursuit of the highest standard in that regard, which is a positive sign.

Training ratings are only marginally better, with FCD Academy’s 4.5 the cream of the crop. That comes as no surprise, as the team has worked out an agreement with the local high school to allow players more flexibility and chances to get a consistent high level of training.

If nothing, these two categories serve as a reminder just how much work remains to improve youth development here in the United States.

At the bottom of the rankings, six clubs failed to even score double digits in total ratings, with California Development Academy coming in last out of the 77 clubs rated.

Those that are also near the bottom include Arsenal FC, Vardar SC Freiburg, Seacoast United and Houston Dynamo Academy. The table below shows the bottom 15 clubs by rating.

Perhaps worrying is the presence of the Dynamo, although a lot of the foundation of that is in a zero rating received for the expenses category. Though that isn’t accurate either – the club should have at least a four star rating for its expenses, as a Houston Dynamo spokesman confirmed that it does cover all player expenses, which would bump the club out of the bottom.

What, if anything does the 2011-12 evaluations then show? Not a great deal specifically. It mostly reaffirms just how far soccer in America still has to go in developing talent, but it has worked to limited success in its short time: according to the evaluations, roughly 52 pro players (more have signed pro deals since) came through the Academy ranks. Expect that number to only continue to grow as the years go by and the program continues to develop – it still remains something very much in its infancy.