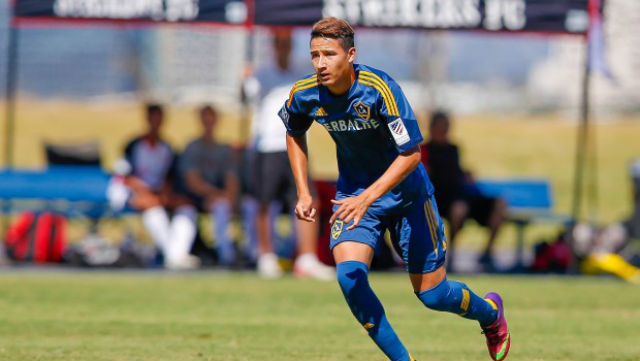 Minnesota is calling a pair of Academy sides, as both Chicago Fire and Chicago Magic visit. Both sides are set to play Shattuck St Mary’s and Minnesota Thunder Academy this weekend.

On the precipice of a possible postseason position, Crew Soccer Academy U18 welcomes Vardar to Obetz. The Michigan power’s U16 side is in third place in the Mid-America Division and will certainly prove to be a difficult matchup for the MLS Academy.

The Colorado Rush can trim the gap in the U18 standings with a win on the road against Sporting KC. The Rush, which trails FC Dallas in the Frontier Division, continue to excel thanks to a stingy defense that has conceded just 24 goals on the season.

It’s an intriguing weekend for Dallas Texans, which welcomes a pair of MLS Academy sides to town, as Houston Dynamo and Colorado Rapids visit the Dallas Metroplex.

Also in the mix in the Frontier Division is Solar Chelsea, which stays in state for a meeting with Lonestar SC. Alan Winn continues to make his presence known on the score sheet, scoring last weekend to bring his goal tally to 15 from 19 appearances.

Cascadia rivals Seattle Sounders and Vancouver Whitecaps meet on Saturday, with all four teams in pole position for postseason play. The two sides are first and second in the Northwest Division in both age groups, with Seattle first in the U18s and Whitecaps first in the U16s.

Crossfire Premier is also in action in the Northwest, as the Seattle-area club pays a visit to the Portland Timbers. It begins a crucial stretch for Portland’s U18s, which need to basically win all five of their last games in order to have a chance at postseason play.

Things aren’t looking great for MLS club Chivas USA, but it’s business as usual for the Academy, which heads into action against San Diego Surf. Chivas’ U18s are in playoff position with just three games left on the schedule.

MLS counterparts LA Galaxy are also in action on Saturday, with a game at the StubHub Center fields against Nomads SC. UC Santa Barbara recruit Adonis Amaya is one of the highest U18 scorers with 17.

All teams in the Southwest Division are chasing both Real Salt Lake-AZ sides, which are first in both age groups. Four games are left on their schedule, with two this weekend – division games against Strikers FC and Pateadores, as RSL hits the road for a two-pack.

It’s a big U18 matchup in North Carolina, as first place Carolina Rapids take on Charlotte Soccer Academy. The meeting pits three of the highest scorers in the Academy against one another, as CSA and Stanford-bound Tomas Hilliard-Arce tests himself against Rapids duo Tanner Roberts and David Lozano.

Stuck between those two sides – at least at the U18 age group – is the Capital Area Railhawks. The vaunted club plays host to a pair of Florida sides, with Weston FC and Kendall SC visiting.

The pair isn’t the only Florida club making the trip north, as Orlando City is set to take on South Carolina United Battery in Columbia.

Winners of eight straight, Match Fit Academy U16s put its streak on the line with a pair of games on the weekend. First, it’ll be Philadelphia Union – the last loss Match Fit suffered was against MLS side D.C. United back on March 16 – before taking on PA Classics on Sunday.

One of the matchups of the weekend is in the Atlantic Division, as the D.C. United Academy squads travel to northern New Jersey for games against Players Development Academy. The U18 side from Jersey has picked up eight straight wins, while Duke recruit Brian White raised his goal tally to 20 on the season and will be a handful for United to slow down.

Home cooking continues in May for the Montreal Impact, which play all four of its games at Saputo Stadium this month. Seacoast United visit this weekend, as Montreal’s U16 side looks to keep the pressure up on Northeast Division leaders New York Red Bulls.