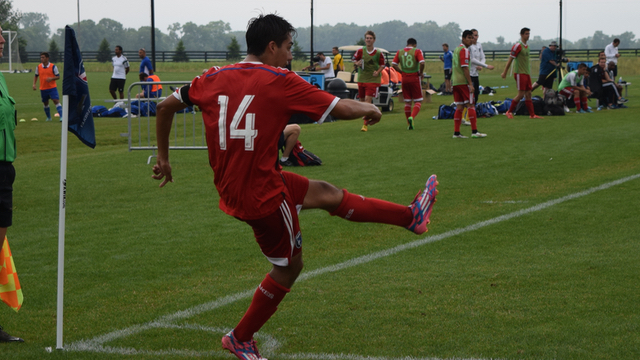 The Development Academy playoffs move onto the next round on Tuesday. The U18 age group will kick off the quarterfinal stage of the competition with the higher seeded teams hosting their opponents. The winners of those games advance to the National Training Center in Carson, California for the semifinal and final on July 16 and 18.

TopDrawerSoccer takes a look at each matchup and predicts who will move on.

How they got here: Montreal Impact defeated Kendall SC on the final day of the playoffs in Indiana in a physical contest to win their group and advance to the quarterfinals. Impact started the trip a bit rocky with a 2-2 draw to Philadelphia Union. Impact responded with close wins over LA Galaxy and Kendall to nab the spot in the quarterfinals. Real So Cal won its group on the last day of playoffs as well. After a scoreless draw against Capital Area Railhawks in the second game, Real So Cal and the North Carolina team were even on points heading into Friday. Railhawks stormed out to a 4-0 lead at half, which would’ve sent them through if the result held. But Seattle Sounders made a comeback in the second half and closed the goal differential down to just +1 with a 4-3 final. That was enough for Real So Cal to advance after they beat Solar Chelsea SC 5-1 on Friday.