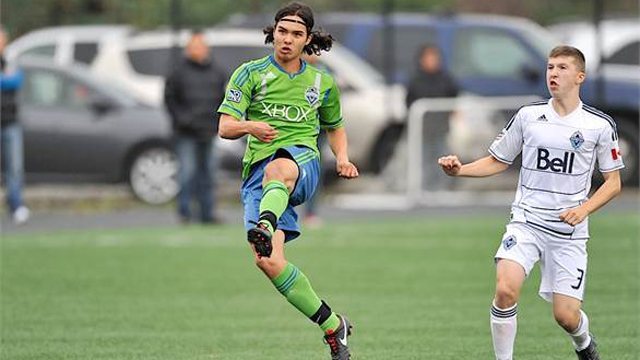 The halfway point is already here for the 2012-13 Development Academy season.

With the shift to the new 10-month schedule, most teams across the nation have played at least 10 games, giving coaches, scouts and technical staff an idea of where their players and teams stack up against the rest of the talent out there.

It has also provided a platform for players to separate themselves from peers. Here’s a rundown of some of the U16 players who have excelled in the fall of 2012:

A strong, athletic center back on perhaps the best defense in the age group, Georgia has only conceded five goals so far on the year, and Stewart plays a big part in that. He’s in the running for some top programs as well. 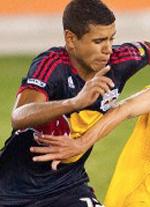 Many see Marcincowski as the top netminder of his class (2015 graduate), and when he’s not busy appearing in U.S. U15 BNT camps, he has been excelling in goal for the Quakes Academy, where he’s been a bright spot this fall.

It’s impossible to leave a player who is averaging a goal per game off this list (13 goals in 13 games), but that’s what Kalamar managed in the fall portion of the senior. Funny enough, the forward looks like Sounders forward Fredy Montero, and knows how to find the back of the net as well.

The midfield metronome has been in and out of the U.S. U17 MNT player pool (Echevarria was in Residency in the spring of 2012) over the past year and a half, but is a talented player, good on the ball and with great vision. One of the first names in the lineup for a very talented Red Bulls squad.

A native of South Africa, Bosua’s first year of consistent play in the Academy has gone very well, as indicated by 11 goals in 10 games so far. He’s got a nose for goal and should only continue to improve as the year goes on.

The talent in the Surf’s midfield at this level is staggering, and Pablo Pelaez and Bryce Flores join de la Torre as standouts enjoying strong seasons through the halfway point. But de La Torre’s touch, presence and ability on the field jump out when you see him on the field – that and his inclusion with the U.S. youth national team.

The talented attacker has helped keep his team near the top of the standings, scoring 10 goals in 10 games, which accounts for almost half of Delco’s scoring output on the season (24 goals in total as a team). He’d have more goals if not for a knee injury slowing him down over the last month of the season.

Another center back enjoying a good year, Gandy’s consistency has been perhaps his best trait during D.C.’s undefeated fall run. Decent ball skills and good athleticism are a couple of his other strengths that he’ll continue to refine in the New Year.

An attacking midfielder with an eye for goal, Sivakumar moves the ball well, sets up teammates in dangerous spot, and has four goals of his own. He was also selected to the Showcase Select team in Florida, capping off a strong fall.

Appearing and starting in every game so far for the Rapids, Pearson has helped lead his defense to one of the best defensive records in the Frontier Division (10 goals in 13 games).

A very dangerous goal scorer, Prestridge currently sits amongst the goal scoring leaders in this age group with 12 tallies. He’s got a lot of pace to burn, combines well with teammates and his passing ability is nearly as good as his ability to find the back of the net.

A member of the U.S. U17 MNT player pool, Meyer is a hard-working central midfielder who can cover a lot of ground and contribute on set pieces. He’s excelled this fall after not returning to Residency where he spent the spring semester training and playing for the U17s.

The Wolves’ sterling defense has laid the foundation for the first half success, as Fiscus’ team currently sits in first in the Mid-America Division, allowing seven goals in 15 games. A center back committed to Michigan State, his outstanding play has been one of the keys to the team’s successful run of form.

Operating out of a central midfield role, Dunwell has excelled on both sides of the ball this year for Vardar. He works hard to cover as much ground as he can, but adds creativity to the game when in possession to help jump start the team’s attack.

Perhaps the top talent currently in the Chivas youth system, Vergara’s size certainly helps him stand out on the field, as he’s a bit on the small side. But he plays much bigger, a quick and tricky forward who can also play out wide. He can score goals just as well as he can set them up.