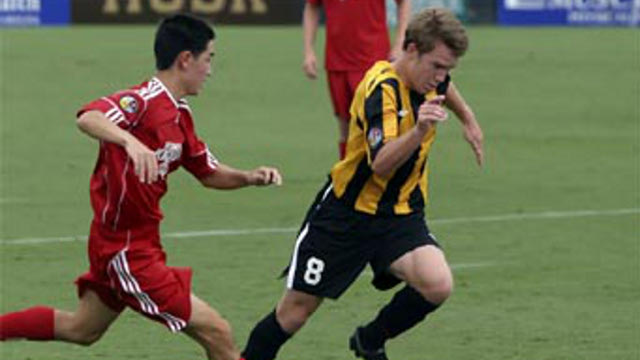 One week after starting its season, FC Dallas’ Academy had the chance to contend with a storied MLS rival at the Academy level.

Squaring off against the Houston Dynamo, FCD had little trouble picking up a pair of wins against their in-state counterparts, with the U18s winning 3-0, and the U16s rolling 4-2.

FCD’s U18s jumped all over Houston in the first half, bagging all three goals before the break. Midfielder Kellyn Acosta had a 40th minute strike to extend the lead, after speedy forward Bobby Edet bagged two goals in the game’s first 21 minutes. 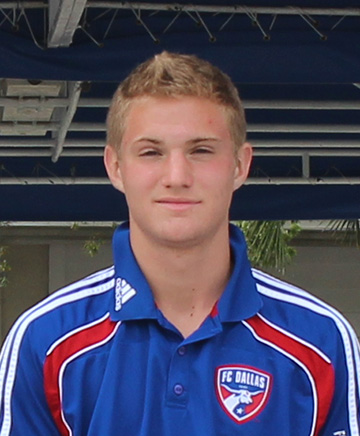 U.S. U17 midfielder Aaron Meyer and forward Santiago Agudelo led the way for the U16s, as each picked up two goals in FCD’s win. Christian Lucatero and Matthew Dorsey got on the score sheet for the Dynamo with consolation goals.

Andy Najar’s little brothers – Denis and Cristhyan – both scored for D.C. United’s U18s in a 3-1 win against Richmond Kickers. Former U17 MNT residency player Jorge Calix also added a goal for D.C. in the win. The U16 match between the two wasn’t close, as D.C. hit the Kickers for seven goals in a 7-2 win. Gerson Umana and Jean-Christophe Koffi each scored twice for United.

McLean Youth Soccer split its games against FC Delco in the Philadelphia region. After McLean’s U18s knocked off Delco 3-1, the Pennsylvania club found the back of the net four times in 4-1. Kevin Carvalho, Freeman Dwamena, Braden Kline and Doyle Tuvesson all scored for Delco.

It was a good weekend for the South Carolina United Battery against their rivals to the north in the NC Fusion. Dakotah Millard scored twice as the Battery’s U18s knocked off the Fusion (although Donovan Japp found the back of the net again). In the U16 match, South Carolina scored three times in the first 14 minutes of the game to easily win 3-0. Rex Epps scoring twice.

The latest edition of the Ohio derby was comprehensively won by Crew Soccer Academy, as they picked up a pair of wins over Internationals. Robby Dambrot made it a 3-2 game in the 89th minute, but Alex Bumpus responded for the Crew U18s just a minute later to secure a 4-2 result. The U16 game was much closer, as the Crew managed to just win it by a 1-0 score line.

Indiana United Fire U18s erased a one-goal deficit to defeat the Chicago Magic 2-1. After Michael Catalano opened the scoring in the 58th minute, Lindo Mfeka and Joey Bastian scored two goals in two minutes with ten minutes remaining to win the game. U17 MNT midfielder Cameron Lindley was back in the starting lineup for Indiana United after a lengthy injury layoff, assisting on both goals. The Magic U16s won the corresponding match in similar fashion, winning 2-1 after conceding first.

Jeff Farina continued to find the back of the net on a regular basis for the Chicago Fire’s U18s, scoring a goal over the weekend against Sockers FC. But the Fire defense couldn’t make it stand up, as they conceded in the fourth minute of second half added time to tie Sockers 1-1. The U16s competed to the same result.

Southern California clubs made the trip up to the Pacific Northwest on the weekend, and it was a positive experience for the host Seattle Sounders. In four games against Arsenal FC and Real So Cal, the Sounders posted a 3-0-1 record, as the team’s momentum continued to build at this early stage of the season.

It was a busy but successful streatch for the San Jose Earthquakes Academy. The weekend began with a 3-1 win for SJ’s U16s against Nomads SC – Alexander Liua, Nicholas Perez and Rufus Wollo all finding the back of the net. San Jose’s U18s were more impressive, winning by a 4-1 victory. Jesus Garcia and Elisama Padills then scored on Sunday for San Jose, en route to a 2-1 defeat of San Diego Surf – Brian Iloski getting the goal for the Surf. San Diego’s U16s bounced back with a 2-0 win.