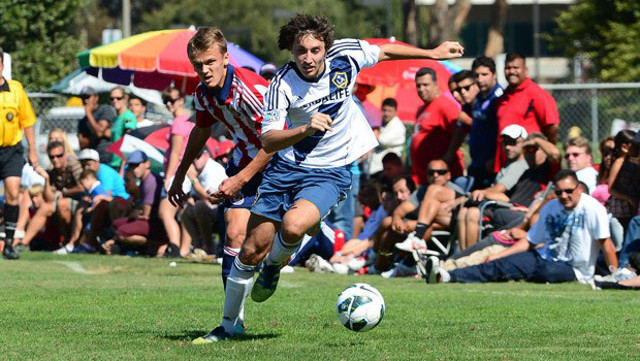 Real Salt Lake Arizona and LA Galaxy U18 both enter the weekend undefeated. Will that change come Monday?

Galaxy travels to the desert for the first meeting between the two clubs this season on Saturday. This is also the last game for both teams before the Showcase in Florida at the end of the month.

RSL-AZ crushed Galaxy last season in the meetings in this age group with a 7-2 score line from the two games, which were held on the back-to-back days in Arizona due to travel considerations. The LA MLS Academy was not quite as accommodating this year, and kept its home game for May at the Home Depot Center. 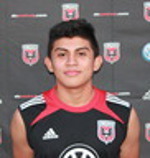 Both clubs have talented players all over the field with the flair of the attack stealing the main headlines. A dynamic and flowing trio of Drew Murphy, Raul Mendiola, and William Raygoza leads Galaxy in the center of the field. Murphy adds the bite to the team that allows Mendiola and Raygoza to attack without concern.

RSL-AZ has its own weapons, which include U.S. U18 Men’s National Team striker and Syracuse recruit Benji Lopez and Marquette recruit Jose Navarro, who will be a handful for the Galaxy defense.

Expect an entertaining affair from Grande Sports World on Sunday.

Chivas USA hosts San Diego Surf on Saturday at UC Riverside. The Goats are enjoying the return of Ben Spencer to the lineup. The UC Santa Barbara commit has scored three goals in the two games since his return from a shoulder injury.

In Northern California, San Jose Earthquakes U18 look to improve to 7-0-0 on the season with games over the weekend against Seattle Sounders and Portland Timbers. The Quakes have not been tested much this season with a plus 14-goal differential from five games. The two contests against MLS Academies should offer a good measuring stick for where the team is at leading up to the Showcase.

Also in the Northwest Division, De Anza Force hosts Crossfire Premier and Vancouver Whitecaps over the weekend. De Anza Force is still the top team in the U16 age group with a 7-0-0 record.

In the fiercely competitive Frontier Division, Solar Chelsea SC makes the trek to Colorado on Saturday for a fixture against Colorado Rapids. Solar is currently in third in the U18 age group with a 5-2-1 record. Rapids are in eight with a 4-3-2 record, which shows just how close it is among the top teams in this division.

Down in Texas, the two Houston clubs square off with Houston Dynamo hosting Texans SC Houston on Saturday. U.S. U15 Boys National Team winger Christian Lucatero is topping the charts with Dynamo U16 this seaso, having scored four goals in six games.

Crew Soccer Academy Wolves take on Indiana United Fire on Saturday in a matchup of MLS affiliated clubs. CSA Wolves is the top team in the U16 age group in the Mid-America Division with a 9-1-1 record. In the older age group, Indian United Fire continues to chug along with Cameron Lindley taking control of the midfield. Indiana has not lost since he was added to the lineup.

Perhaps the most exciting contest of the weekend may be in New Jersey when Players Development Academy and D.C. United meet on Saturday. PDA is undefeated in the U18 age group with a 5-0-0 record. D.C. United is top of the division in the U16 age group with an 8-0-1 record. There are a number of national team players between the two age groups, but D.C. United winger Gerson Umana may be the one who makes the most noise when it is all over.

Although, the matchup in the Northeast Division is equally as promising with the top two teams in the U16 age group set to face off on Saturday when Oakwood Soccer Club hosts New York Red Bulls. Oakwood holds a slight lead in the division with a perfect 6-0-0 record, but the high-power NYRB attack will be gunning to take that title from the Connecticut club.

In Florida, Kendall SC’s fixture against Weston FC highlights the bill among a number of games from the Southeast Division this weekend. Kendall SC U18 will need to find a way to slow down Columbia commit Nicholas Pappacena who leads the nation with 12 goals on the year.