Players Development Academy and FC Delco share a common ground as affiliates of MLS club Philadelphia Union, but beyond that there is a strong rivalry between the New Jersey and Pennsylvania clubs.

The top players spend time training together when wearing the Union’s colors, but when they meet on Friday, friendly exchanges will only last until the opening whistle.

The two clubs from the Atlantic Division have battled it out for years with each other in the Academy and this season will be no different.

On paper, PDA looks like the favorite in the U18 age group against a depleted FC Delco roster. PDA forward tandem of Max Kroschwitz (Villanova bound) and Alec Neumman (Penn bound) have linked up for 10 of the team’s 14 goals this season, and will be 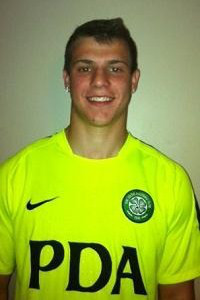 looking to add to that tally on Friday.

In the younger age group, FC Delco, behind one of the Academy’s leading scorers in Doyle Tuvesson, is off to a great start with a 6-1-1 record. Delco is second in the division behind D.C. United at this early stage of the season.

Tuvesson has eight goals to his name in those eight games, which will make him the main focus for the PDA defense. Despite PDA’s rocky start at 3-2-1, the New Jersey’s club defense has been strong with only six goals conceded, which is tied for best in the division.

Hopefully, the turkey is not weighing the players down too much in this normally entertaining rivalry game.

The four teams from the West in action on Saturday are all from the Southwest Division. San Diego Surf is the host to Pateadores while Nomads SC takes on Real So Cal across town.

Surf is looking to get back to .500 in the U18 age group after only pulling one point from the last four games. The task gets even more difficult with the absence of Brian Iloski from the roster for this weekend. Iloski is with the U.S. U18 Men’s National Team at the Home Depot Center until Sunday.

In the other clash, Real So Cal continues to pick up results despite no player scoring more than one goal this season for the U18 team. Nomads favorable defense, which has let in 18 goals in eight games, might be enough to finally see one of Real So Cal’s players find the back of the net for the second time on the campaign.

Beyond the Union affiliate squabble, Baltimore Bays Chelsea against PA Classics is another quality fixture on the schedule for Sunday. PA Classics sits in second place in the Atlantic Division for the U18 age group while BBC is in third.

The Pennsylvania club has only let in six goals this season behind the standout play in goal by West Virginia commit Brent Arnold. Bays have a prolific striker named Yaw Amankwa who will put Arnold up to the test. Amankwa has nine goals in eight games this season.

In the Northeast Division, Oakwood Soccer Club U16 is looking to rebound for its first loss of the season on Saturday against New England Revolution. Oakwood will need to focus on Revolution forward Mawolo Gissie who has six goals in six games.