The Development Academy wraps up its play for April this weekend with a few matchups that feature teams with playoff aspirations (and even some dreams of a Finals Week appearance).

In New Jersey, Players Development Academy takes on PA Classics in an Atlantic Division showdown. PDA remains in the top spot in the national standings in the U18 age group with a 2.55 points per game average. Alec Neumann leads the way with 16 goals from 19 games. PDA will have to keep an eye on PA Classics striker and SIUE commit Julius Joseph who has 12 goals this season. 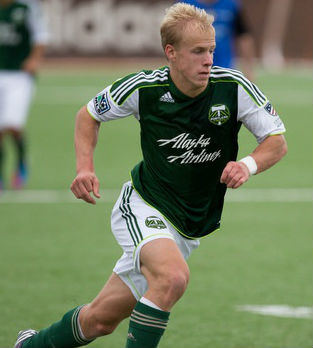 In the younger age group, PDA sits in the sixth spot nationally and second in the division. PA Classics is in the hunt for one of the final wild card spots, which makes Saturday’s fixture crucial for the Pennsylvania side. McKinley Curran and Christian Pulisic have combined to score 20 goals this season for the Classics.

In Texas, Solar Chelsea SC hosts FC Dallas on Saturday at FC Dallas Sports Park. The MLS Academy won the first matchup this season 2-0 in the U18 age group thanks to goals from Kellyn Acosta and Furman commit Bobby Edet. FC Dallas U18 is in the midst of a 12-game unbeaten run. Both clubs look bound for the playoffs in both age groups. The MLS Academy holds down the second spot nationally in the U16 age group with 16-3-2 record.

In Arizona, the top spot in the Southwest Conference for both the U18 and U16 age groups is on the line this weekend when Real So Cal travels out to Casa Grande to take on Real Salt Lake-Arizona. Real So Cal won the U18 matchup 3-0 back in March behind goals from Mark Verso, Angel Fernandez, and Juan Samayoa. Real Salt Lake-AZ still holds the first place position in the division, but would move level on points with Real So Cal with a loss.

For the younger age group, both Real So Cal and RSL-AZ are trying to track down Chivas USA at the top of the standings. The two clubs battled to a 2-2 draw back in match with a late equalizer from Real So Cal. This return fixture figures to be just as dramatic.

Marquette commit Andrija Novakovich joined the Development Academy after already making his verbal commitment to a top program, which is a bit backwards from how most approach recruiting, but it seems to be working out just fine for him.

The forward from Milwaukee has 11 goals in nine Academy games this season with Chicago Magic PSG U16. This weekend, he makes the return trip to his hometown for a game against FC Milwaukee.

D.C. United has a busy weekend with games against Richmond Strikers and Match Fit Academy FC on the docket. United is comfortably in the playoff picture for both age groups, but still trying to climb up the division standings in the twilight of the season. Gerson Umana and Jorge Calix have been an unstoppable duo for the D.C. United U16 side with 24 goals between the two of them this season.

Portland Timbers U18 need wins and they need them now. The Timbers are trying to get into the playoffs and 12 points from the final four games (plus some losses by the other teams on the bubble) might be enough to make that dream into a reality. This weekend, Timbers travel up to Seattle for a game against Crossfire Premier. Christian Desir and James Nosack have been the attacking duo for the Timbers with 19 goals between them this season.