Development Academy Recap: Charging back in 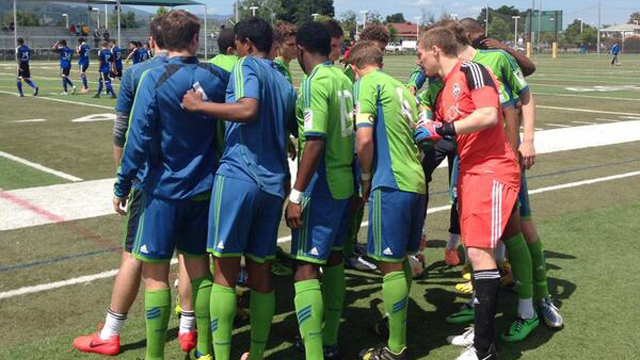 The Development Academy schedule featured a number of noteworthy games over the weekend with division battles at the forefront. From that slate of games came some thrilling comebacks and clean sweeps, check out which clubs had a good showing from the final weekend of April.

LA Galaxy and Real Salt Lake AZ split their fixture on Sunday with Galaxy grabbing a 2-1 win in the U18 game and RSL claiming a 1-0 victory in the U16 clash. Galaxy’s older squad used goals from Christian Chavez and Jorge Ruiz to capture the three points and move into a tie for second in the Southwest Division. Sam Geadle scored for RSL, which still sits in first place in the division. In the U16 game, it was Tate Schmitt’s goal with six minutes left that made the difference. Christian Hererra logged the shutout in goal.

Nomads SC U18’s Saul Aquino extended his goal-scoring streak to six games with two goals in a 3-1 win over Arsenal FC on Saturday. Aquino now has scored 22 goals in 19 games this season. Guilherme Sao Thiago scored the other goal for Nomads while Martin Ruiz scored for Arsenal. Arsenal won the other two games between the clubs with a 2-1 result in the U16 clash and a 5-0 victory in the U14 matchup.

Real So Cal U14 extended its unbeaten run to 10 games with a 3-0 win over Strikers FC on Sunday. Real So Cal also won the U18 fixture with a 6-2 result, which was the final home game of the season for the squad that sits in second in the Southwest Division. Strikers prevented the sweep with a 3-1 win in the U16 game.

De Anza Force U18 came back from a 3-0 deficit to snag a point against Vancouver Whitecaps on Sunday. The Whitecaps scored three goals in the opening 60 minutes and looked well on their way to a victory. However, Aravind Sivakumar, David Chavez, and Danya Kafai all scored in the final 21 minutes of the game in a wild 3-3 draw. Whitecaps U16 returned the favor though as Force raced out to a 2-0 lead behind goals from Alexis Rincon and George Korpontinos only to see Whitecaps score three times in the final 27 minutes to capture the win.

Seattle Sounders U18 also relied on a thrilling comeback to snatch three points in a road result over the weekend. Sounders trailed 2-0 at half against the San Jose Earthquakes on Saturday, but rebounded with authority over the final 45 minutes. Sathohi Chaffin scored twice and San Diego State commit David Olsen scored the other one in the 3-2 win. Sounders sit in first place in the division with five games left in the regular season. The U16 result was not as kind to the Sounders though as San Jose returned the favor with a late goal in a 2-2 draw.

Texans SC Houston U18’s Jelani Mark played the role of spoiler on Saturday as he scored in the final minute of the clash against FC Dallas to keep the MLS academy from grabbing a win in Shaq Moore’s debut with the club’s academy. Moore, a member of the U.S. U20 Men’s National Team, played the full 90 minutes for FC Dallas, which is in first in the Frontier Division. FC Dallas won 2-1 in the U16 age group thanks to goals from Christian Ramirez and Caleb Young.

Houston Dynamo U18’s offense continued its amazing run of form with a 5-0 win over Real Colorado on Saturday. Emmanuel Usen scored three goals while Matthew Dorsey and Elochukwu Ozumba each scored a goal. Dynamo has scored 17 goals in its past three games. Dynamo and Real Colorado battled to a 0-0 draw in the U16 game. 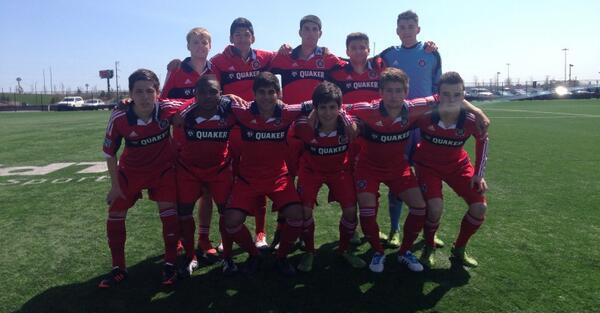 Crew Soccer Academy Wolves U16’s six-point weekend was enough to put the squad in the top spot in the division. Wolves defeated Minnesota Thunder Academy 2-1 and Shattuck-Saint Mary’s Academy 2-0. Giuseppe Barose and Michael Pimlott scored in the win over MTA.

D.C. United enjoyed a stellar weekend as the club went undefeated in all three age groups in both contests. D.C. United faced off against Continental FC Delco on Saturday, which ended with United going 2-0-1 in the three games. United won the U18 clash 4-0 thanks to two goals from Jorge Calix including a stunner from distance. The U16s won 3-0 while the U14s battled to a 2-2 draw. United completed the strong weekend with a three wins against PA Classics on Sunday. Both the U18 and U16 sides captured 2-1 wins while the U14 squad won 4-1.