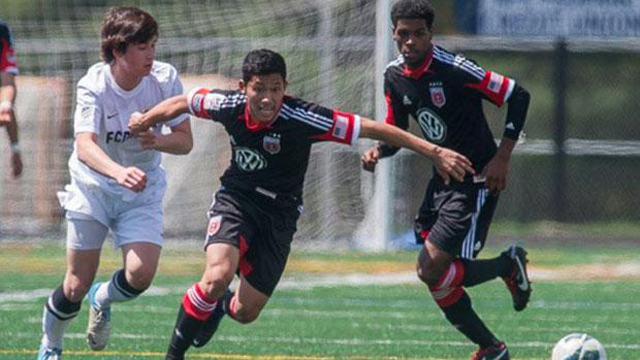 The weekend’s matchup of D.C. United and PDA had all the makings of two entertaining encounters. Both teams boast plenty of quality, and are in the top three of the Atlantic Division. 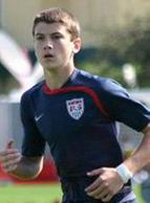 And both games delivered, as the two teams split the matches – D.C. U18s winning thanks to a 1-0 goal by Michael Sauers on the counter attack, and PDA nabbing a 2-0 win at the U16 age group.

U15 Boys National Team standout Daniel Barbir enjoyed a tremendous outing for PDA, looking like a man-child against D.C.’s back line, scoring a goal and adding an assist to lead his side to a win.

All four teams have secured a spot in the USSF Development Academy playoffs this June in Frisco.

Goals from Austin Johnson and Casey Shultis, including a 90th minute winning strike, provided Georgia United with a 2-1 win against North Meck SC U18s. The matchup of the two U16s sides ended in a 1-1 draw.

Going up against local rivals BW Gottschee provided a stiff test for the New York Red Bulls Academy. But once again the U18s continued to roll through opposition, winning 4-1, although the U16s could only muster a 1-1 draw.

Life on the road didn’t bother Baltimore Bays Chelsea. Making the trip down Interstate 95 to the Richmond, Va., area, the Bays scored a total of 12 goals in two matches against the Richmond Strikers, with the U18s winning 5-1 and U16s winning 7-1 respectively. Kelvin Davis had a hat trick for the Bays U16s.

It’s always notable when FC Dallas and the Dallas Texans square off. Two of the biggest clubs in the Dallas-Fort Worth Metroplex have developed a nice rivalry, and nothing could separate the two U18 sides, as they drew 1-1 on Saturday. Coy Craft, Eric Davies and Jose Salas each found the back of the net as the FC Dallas U16s won the other matchup 3-1.

The weekend was quite busy for FCD, which also took on the Colorado Rapids on Sunday. Craft and Salas both rung the bell again on Sunday as the U16s won 4-0.

Another weekend, and more goals for Chivas USA forward Caleb Calvert. Now playing with the U18s – Calvert started the season at the younger age group – the UC Santa Barbara-bound forward tallied twice for the U18s, leading them to a 3-1 win against Real So Cal. At the U16 age level, Chivas secured a 1-0 win.

The San Diego Surf made the trip up to LA for a pair of games against the Galaxy, giving the MLS club a tough test. Raul Mendiola netted the equalizer for LA as the U18s drew 1-1, and then the Surf got a 70th minute winner from Guillermo Bermudez to win the U16 match 3-2.