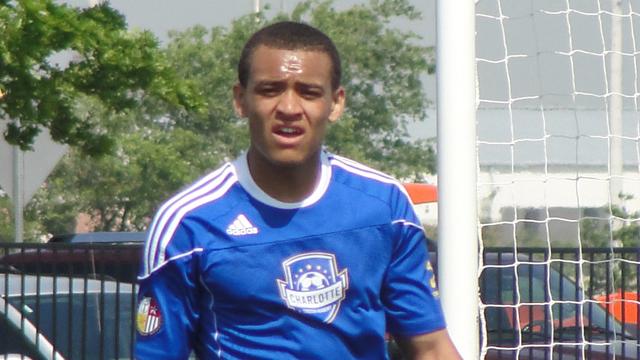 After scoring 22 goals last year, there were lofty expectations for Charlotte SA’s Benjamin Burdon in his final season at the Development Academy level this year. Through the first five games of the season those expectations were not met, as Burdon was goalless and Charlotte SA U18 was winless.

Burdon and his team changed that this weekend. The forward found the back of the net twice on Saturday and his team exploded for a 5-1 win over Richmond Kickers in its first division game of the season. On Sunday, Charlotte SA U18 was again in fine form with a commanding 4-0 victory over Virginia Rush for a flawless six point weekend. 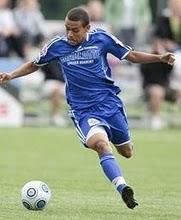 Ben Burdon
Who else enjoyed the last weekend of January?

Solar Chelsea SC U18 ended January with a perfect 3-0-0. Kevin Smith’s side recorded a 3-1 win over Lonestar SC Academy on Saturday. Lonestar’s Kekuta Manneh opened the scoring early in the second half with goal number 21 of the season for the Gambian.

Solar answered back with three goals from Zachary Mathers, Samuel Hayward, and Alfred Koroma in the final 30 minutes to claim all three points. Solar remains second in the standings, as FC Dallas U18 holds an 11 point lead after defeating Classics Elite 6-0 on Sunday.

For the younger age, Solar collected a 1-0 road win thanks to an early game-winner from Toryima Asom. The U16 team is also second in the division standings.

On Sunday, Andromeda and Texans SC Houston settled for a 0-0 draw in both fixtures.

Chivas USA U18 took over the top spot in the SoCal Division thanks to a 1-0 victory over Real So Cal on Saturday. Mark Verso provided the game-winner late in the second half on a nifty spinning finish after a cross from Eduardo Quezada.

In the U16 game, Chivas USA controlled the possession, but struggled to create chances, which has been the standard for this team this season.

The young Goats did have one moment of brilliance rewarded with the ball in the back of the net. A dozen passes between the midfielders and forwards highlighted the movement as Chivas prodded to find an opening in the Real So Cal defense.

The scrambling and retreating defenders gifted some space to young Jorge Ruiz, who blasted a shot off a defender’s shin. The forward, who has been exceptional the last two weeks, collected the block and calmly slotted the rebound into the net.

Real So Cal answered the goal in undeniable fashion via a thunderous strike from Kevin Cervantes. The home side was back on level terms at 1-1 at half, which would be the final score.

Down in Riverside, LA Galaxy U18’s slip in the standings continued with a 1-0 loss to Arsenal FC. After starting the season 10-0-0, LA Galaxy has lost its last two contests by the same 1-0 score. Brian Benjume scored his first goal of the season for the winner, and Wade Hamilton recorded the shutout for the Gunners.

In the later game, Arsenal U16 went toe-to-toe with the defending Development Academy National Champions in a 4-4 thriller.

Out in Arizona, RSL-AZ U18 and De Anza Force fought to a 2-2 draw. RSL-AZ took the lead twice, but the visitors fought back both times to claim a point on the road. Nicholas Lima and Greg Singer put their names on the score sheet with the goals for the Northern California club.

For the U16 sides, RSL-AZ overcame a red card and held onto a 1-0 win thanks to Jonathan Stadler’s first goal of the season.

North Meck easily won its first divisional game of the season with a 4-0 result over Virginia Rush. Erick Suarez, Andre Diouf, Jason Andrejchak, and Mason McCarter all had a goal in the home win.

For the U16 side, Virginia Rush’s Michael Abraham struck first in the second minute of the game, but North Meck’s Zhuvonte Wilson answered right before half for his third goal in five games this season. Neither side found the winner in the second half and the sides split the points.

Sunday’s proceedings were not as simple for the U18 North Meck side, as it dropped a 2-1 result to the visiting Richmond Kickers. The U16 North Meck side did not have any trouble though with an easy 4-0 win over the Kickers.

CASL Chelsea FC returned to action on Sunday after a month off. The U18 team improved to 5-1-1 on the season with a 1-0 win over South Carolina United Battery, McAmos Paye’s diving header in the final minutes proved to be the difference.

The CASL U16 side came out sluggish after the six-hour bus ride to South Carolina the previous day, and was punished for the slow start. The Battery used a goal in each half on the way to a 2-0 win.