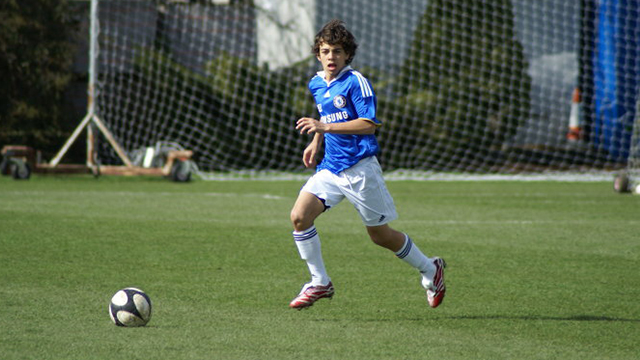 Earlier this month, U.S. Soccer announced that two new clubs would be joining the USSF Development Academy for the 2012/13 season. 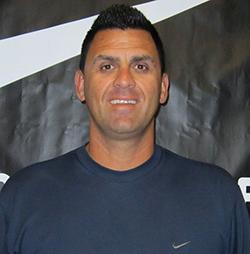 “We are doing it differently,” San Juan Soccer Club Director of Coaching Billy Wiskel told TopDrawerSoccer.com about the split from CDA.

“We are excited about next year,” Wiskel, who has a coach with both CDA Academy teams this year, said. “We want to put together something that falls in line with the U.S. Soccer curriculum and take it to the potential it has in this area.”

San Juan Soccer Club has a reputation for finding and producing quality players, most notably U.S. U23 Men’s National Team midfielder Amobi Okugo, which is something Wiskel said the club is hoping to bring to the Development Academy.

“There is so much talent [in the Sacramento area],” Wiskel added. “There are players, who we think, should be identified, and that is the purpose of the Development Academy - to find those players.”

He added that the club is going to “cooperate” with local clubs with hopes of getting all of the best players into the San Juan Academy teams.

Before San Juan really gets its feet wet in the Development Academy, there are still a couple of months left in the 2011/12 season.

Here is a look at how last week went including a couple of new qualifiers for the postseason.

The two automatic bids for the SoCal U16 division are set.

Galaxy cruised to its win with a 6-0 victory over Real So Cal. Justin Dhillon and Angel Josue Espana both scored twice in the lopsided result.
Real Salt Lake-AZ did not have much trouble either with a 4-2 victory over Strikers FC. Andrew Brody, Jose Navarro, Trevor Hyman, and Benjamin Lopez all scored for RSL in the win.

For the U18 age group, Chivas USA has one of the bids and Galaxy is one point away from locking up the other one after the weekend.
Nicholas Escalante netted four goals in 20 minutes to push Chivas USA U18 past Nomads SC on Saturday and into the playoffs with a 4-1 victory. Escalante now has seven goals in 11 starts for the Baby Goats.

Galaxy had to sweat out its result on Saturday. Trailing Real So Cal 0-1 with 15 minutes left, Sebastian Velasquez found the tying goal for Galaxy. Mario Rodriguez put in the game-winner in the second minute of stoppage time for the MLS Academy.

Galaxy only need one point from its final two games to clinch the spot in the playoffs, but the MLS Academy likely needs six points to win the division over Chivas USA.

In the Northwest Division, Vancouver Whitecaps U18 and De Anza Force U18 already sealed spots in the postseason last weekend with victories.

Whitecaps continue to pick up victories with hopes of clinching one of the top spots in the national standings. On Saturday, Carlos Marquez Spencer DeBoice, and Caleb Clarke scored in a 3-2 win for the Canadian Academy over California Development Academy.

South Carolina United Battery U16 did not even take the field this weekend and still clinched a playoff spot. By the benefit of IMG Soccer Academy and Clearwater Chargers playing to a 2-2 draw, Battery can finish no worse than second in the division now.

In the Atlantic Division, nothing is set in cement yet.

CASL Chelsea FC Academy U18 moved closer to the top two teams in the division with a win on Sunday over North Carolina Fusion. Fernando Castellanos and Alexander Olofson scored in the 2-1 win for CASL, which is now only five points back from second place Charlotte.

CASL also claimed a 2-1 win in the U16 age group with Evan Dey-Caza scoring both goals. CASL, Virginia Rush, and Charlotte Soccer Academy all even on 23 points at the top of the division for the U16 age group.

FC Greater Boston U16 kept the undefeated run in divisional play alive with a draw against New England Revolution on Saturday. Marc Greenblatt and Alex Ainscough scored for Greater Boston. Aamadu Kunateh and Mawolo Gissie answered for the MLS Academy. Gissie’s game-tying goal was his tenth tally of the season.

In the U18 age group, Oakwood holds the top spot in the division after a 2-1 win over Seacoast United. Second half goals from Matthew Barry and Tyler Bonini led the Connecticut club to victory.

Down the coast, there appears to be no stopping Baltimore Bays Chelsea U18 in the Atlantic Division. This weekend, BBC claimed a 2-0 win over NJSA U18 on Saturday. Michael Gamble and Ishmaiah Calwire both scored late to push BBC’s division record to 5-0-1.

For the younger age group, D.C. United took over the top spot after a six-point weekend. D.C. United U16 benefitted from a late goal via James Doll to top Match Fit Chelsea 1-0 on Saturday. Then, D.C. United stormed past NJSA 04 on Sunday 3-0. Michael Seaton, Nigel Robinson, and Chike Nwaezeapu all scored in the win for the MLS Academy.

Over in the Liberty Division, Players Development Academy holds the top spot in both age groups. PDA U18 beat Albertson SC 1-0 on Saturday behind a goal from Jonathan Azzinnari just after half time.

On Sunday, PDA overcame an early strike from FC Westchester’s Lucas McBride with second half goals from James Greco and Cameron Kirdzik in a 2-1 win for the Pennsylvania club.

This weekend was no different with both teams collecting six points from two games.

The U18 squad also clinched a spot in the playoffs after wins over Internationals and Crew Soccer Academy. Victor Pineda led the charge for the Fire with a goal in both goals against the Ohio Academies.

In the Frontier Division, Shattuck-Saint Mary’s Soccer Academy U18 and Colorado Rapids played to a scoreless draw on Friday night. SSM still holds the top spot in the division, and remains six points away from clinching a playoff spot.