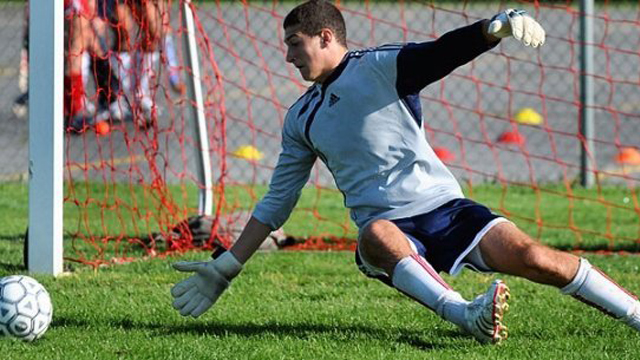 Even with a season that lasts 10 months and encompasses more than two dozen games, the last kick of the ball can still be pretty significant.

Just ask McLean Youth Soccer U18. Trailing 1-0 to CASL Chelsea FC Academy in the final regular season game for both teams, the postseason hopes for McLean came down to the final moments of the game.

McLean earned a penalty kick in the last minute of the game against CASL when the North Carolina club’s keeper took down a McLean attacker in the box. McLean defender Peter Lam grabbed the ball and placed the spot kick in the net for the game-tying goal in the 90th minute.

While the draw was enough for CASL to secure the second spot in the division and automatically qualify for the playoffs, it was also just enough for McLean to sneak in as one of the last Wild Card teams for the postseason.

And for McLean’s glory, there was also agony.

D.C. United U18 was well on its way to a postseason berth with a 2-0 lead against NJSA 04 at half on Sunday thanks to goals from Collin Martin and Jalen Robinson. But NJSA, which was already out of the playoff picture, refused to quit and scored two goals in the second half to steal a point and keep D.C. United out of the playoffs.

Brendan McSherry was the hero (or villain) with a goal in the 90th minute for NJSA 04.

View the full list and group pairings off all 64 playoff teams.

Brandon Allen scored twice for New York Red Bulls U18 as the MLS academy cruised to a 3-0 win over Players Development Academy on Saturday. Allen’s two goals pushed him to top of the board in the scoring race for U18 teams. The Georgetown-bound striker finished the regular season with 26 goals in 25 games.

NYRB also won the U16 game 3-0 with goals from Derrick Etienne, Vincent Brunetti, and Ismar Tandir. PDA still finished top of the division in the U16 age group and enters the postseason as one of the top seeds.

On Saturday, Baltimore Bays Chelsea U18 suffered its first defeat since December 6 with a 3-1 loss to FC Delco. The Pennsylvania club ended the Bays 20-game unbeaten run with the defeat. Both teams made the playoffs.

In the U16 age group, D.C. United earned victories over Match Fit Chelsea and NJSA 04 to win the Mid-Atlantic Division on the final day of the regular season.

PA Classics U16 needed some late heroics to nab the other spot in the playoffs from the division. Trailing 0-1 to Baltimore Bays Chelsea on Sunday, PA Classics scored twice in the final 13 minutes to secure three points and a spot in the postseason. Alec Denlinger and Brian Nana-Sinkam were the goal scorers for the Classics.

Colorado Rapids should be sending Sporting Kansas City a gift basket. Rapids U18 wrapped up its season earlier this month and had to sweat out the last two weeks with both St. Louis Scott Gallagher and Colorado Rush fighting to pass Rapids in the standings and grab the last playoff spot in the Frontier Division.

Yet, Sporting KC U18 managed to defeat both teams in back-to-back weeks and allowed the Rapids to hold onto the second spot in the division.

Eduardo Moreno was the star of this week’s clash with two goals in a 2-1 win over Colorado Rush. Moreno finished the regular season as the top scorer at the MLS academy with 12 goals in 19 games.

In the U16 age group, Shattuck-Saint Mary’s scored twice in the final five minutes to beat Minnesota Thunder 2-1 on Saturday and knock Real Colorado out of the playoffs.

Real Colorado had a two-point lead over SSM going into the final weekend for the second spot in the Frontier Division. With a 1.57 points per game played mark, Real Colorado did not have a chance at a Wild Card spot and needed the automatic bid.

SSM would’ve qualified for the postseason via the Wild Card, but local derbies mean the records don’t matter so the residential program was going for the win.

Thunder scored first in the 66th minute via Samuel Forgsen, who would later pick up a red card after the final whistle

Texas Rush U16 topped Solar Chelsea SC 4-2 on Saturday to prevent Solar from claiming the second spot in the division and an automatic bid to the postseason. Solar still will be in the playoffs via a Wild Card bid though.

The day wasn’t a complete loss for Solar, as midfielder Alan Winn scored twice in the defeat. The two goals for Winn pushed him to 23 goals on the season, which is top of the nation for the U16 age group.

Concorde Fire U18 and U16 won all of their games over the weekend against Charlotte SA and North Meck SC. The games were relatively meaningless with the Fire in the playoffs at both ages already, but the wins did help with postseason seeding.

CASL Chelsea FC U16’s Evan DeYcaza scored three goals on Wednesday in a makeup game against Richmond Kickers. The midfielder added another on Saturday in a 3-0 win over McLean Youth Soccer. With 14 goals in his last seven games, DeYcaza enters the postseason as the hottest striker in the nation right now.

The only games from the West conference happened in Canada on Sunday. Arsenal FC traveled up to Vancouver for a game. The Whitecaps cruised in the U18 game with a 6-2 victory. Yassin Essa netted a hat trick in the one-sided result.

In the U16 game, Arsenal won 1-0 behind a goal from Alejandro Sanchez. The win for Arsenal helped the Southern California club take one of the top eight spots in the postseason and enjoy some favorable seeding.