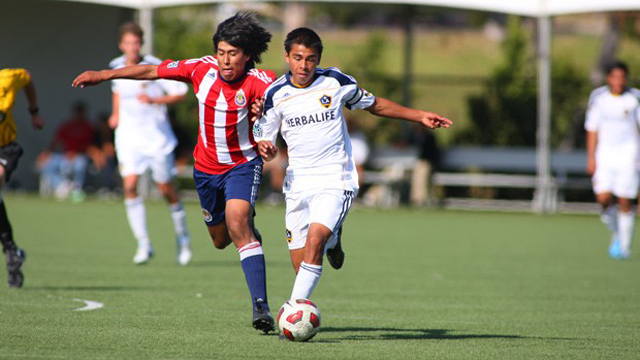 The halfway point is already here for the 2012-13 Development Academy season.

With the shift to the new 10-month schedule, most teams across the nation have played at least 10 games so far, giving coaches, scouts and technical staff an idea of where they stack up in their age group. 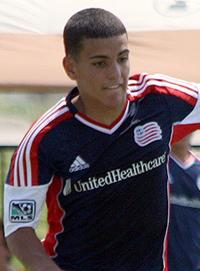 It has also provided a platform for players to separate themselves from peers. Here’s a rundown of some of the U18 players who have enjoyed consistent fall performances:

Several players are worthy of consideration on what has been a strong PDA team this fall. Neumann, the little brother of Georgetown’s Steve, is tied for the team lead in goals with six, and does a lot of the little things on the field, like connect play and keeps the ball moving around the field.

The midfielder has been a consistent presence for the Revolution throughout the fall, appearing in every single game so far and notching two goals. His side sits in second place in the conference with a solid 8-2-0 record.

A stout target forward who recently committed to play for Creighton, Lopez-Espin has only three tallies on the season, but does a lot of the little things well – holds the ball up, brings in teammates and can poach goals.

The netminder, committed to UIC for 2013, has played a big part in first half success for a Magic team that has only conceded ten goals so far on the season. In ten starts, Putna has five shutouts overall, a decent return.

Currently top of the Northwest Conference standings, Padilla is one of a handful of Earthquakes Academy players excelling so far on the year. At the halfway point, Padilla is averaging a goal a game, with nine strikes through the nine games he’s appeared in.

Having recently made a verbal commitment to Stanford, Ainscough is a technical midfielder with an eye for goal – he leads his FC Bolts side in goals through the fall, with 11 tallies in 14 games played.

The ever-present center back has been a huge presence for the Dynamo in defense, and is a big part of the team’s spot in second place in the Frontier Division. Along with his man marking skills, Thomas is an impressive leader, played every minute and is the team’s captain.

Goal scoring has never been a problem for Huitema, who announced his presence in the Academy last season with Vancouver’s U16s. He picked up where he left off in the fall, and has 11 goals already at the U18 level, and he’s recently committed to Duke.

Stints with the U.S. U18 MNT has limited Amick’s appearances at times for De Anza, but when he’s absent the team’s drop off is noticeable enough to warrant a mention here. Along with being a sturdy defender, Amick organizes the team and keeps everyone on the same page.

The defensive midfielder is the hub for PA Classics. He provides the team with the glue between the back line and offense when the team plays out of the back, providing the bridge to connect everything. Along with that, Skundrich covers a tremendous amount of ground and can disrupt the opposition’s attack very well.

A speedy forward who can time his runs off the back shoulder of defenders to perfection, Pappacena is near the top of the Academy scoring charts with 13 goals for his Florida club.

An influential attacking midfielder, Raygoza has managed to stand out on an extremely talented Galaxy side that has already scored 29 goals in 10 games so far this season (LA has only lost one of those).

The target forward has had little problem adjusting to the new level. After playing an integral in the Fire’s qualification for U16 Finals Week, Farina enters the winter break tied for the top of the goal scoring charts with 13 tallies on the year.

Several players deserve a nomination from the outstanding Red Bulls squad, that boasts players like Erik Sa, Alex Muyl, Adam Najem, Matthew Miazaga – the list goes on. But Basuljevic is a deep-lying playmaker that helps it all come together, and is a huge reason the team is currently undefeated – he’s one of only two players (Sa included) who have appeared in all 13 games this fall.

The outside midfielder, bound for Ohio State next fall, has continued to perform steadily for a Texans side currently sitting in first place in the Frontier Division. Offers good width and smart attacking prowess.