ECNL action continues to build up in Feb. 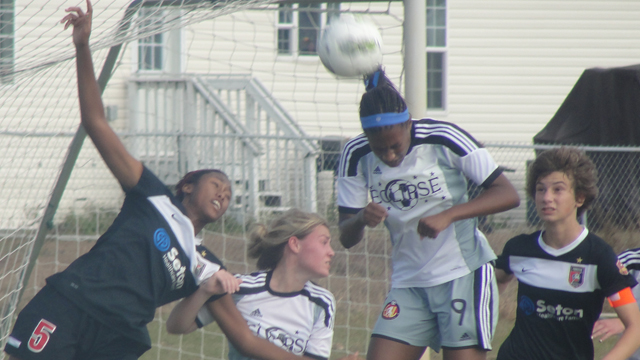 ECNL Showcases serve as benchmarks throughout the club season in elite girls club soccer circles, and just a couple weeks stand between a trip to Frisco, Texas for many clubs scattered across the country. 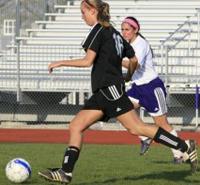 There are games to take care of between now and then, however, as players hone their skills in anticipation of playing in front of a slew of college coaches and scouts in the coming weeks.

Not only are players hoping to step up and impress coaches; they are also looking to climb the standings and contend for playoff spots.

Here’s a quick update at how results panned out last weekend, and a look ahead at the matchups ahead:

Bethesda SC picked up a big 6-1 win against Richmond Strikers on a road trip south this past weekend, while drawing its other matchup 1-1 against Virginia Rush.

CASL Chelsea Ladies won a 5-4 shootout against Carolina Elite Soccer Academy, as CASL overcame a two-goal effort from Carolina’s Samantha Britt to pull out the victory.

Dallas Texans will have a busy weekend coming up, traveling to pay a visit to the Texas Rush and Solar Chelsea. The latter is currently at the top of the Texas Conference, and will look to hold on to that lead.

First place Freestate Soccer Alliance won two more games in conference, winning 1-0 against Virginia Rush and 3-0 over Richmond Strikers. Kia Rankin scored the game winning goal over the Rush, while Gabrielle Vincent, Abbigale Ellis and Kristen Castle all found the back of the net in the defeat of the Strikers.

Vardar made headway in the Midwest Conference thanks to two wins. Shannon Casey paved the way in a 5-1 defeat of Sockers FC, scoring twice and adding a pair of assists. Casey also scored and had an assist in a 2-0 win over Sporting Blue Valley.

The Kansas-based Sporting Blue Valley will look to rebound this coming weekend with a matchup against the Minnesota Thunder Academy. St. Louis Scott Gallagher also takes on its Metro counterpart as ECNL play continues.

Another team making up ground with two wins over last weekend was the Michigan Hawks. After opening up the weekend with a 2-1 defeat of Sporting Blue Valley, the Hawks followed that up with a comfortable 4-0 defeat of Sockers FC.

Bethesda SC drew 1-1 against Richmond Strikers and beat Virginia Rush 2-0. They’ll be back in action this coming weekend with a matchup against local club McLean Youth Soccer.

Savannah McCaskill’s tally for Carolina Elite Soccer Academy boosted their playoff hopes, guiding her side to a 1-0 victory against in state rivals CASL Chelsea Ladies.

It was a good weekend for Sporting Blue Valley, winning 2-0 over Michigan Hawks and defeating Vardar 3-1. Abigail Sieperda scored a brace and had an assist in the win against Vardar. Sporting will be back in action this weekend against the Minnesota Thunder Academy.

Hosting two in conference opponents, the Richmond Strikers managed to pick up a pair of 2-1 wins over Bethesda SC and Freestate Soccer Alliance respectively. Megan Fitzsimmons and Virginia Sroba each tallied in the first win, while Ellen Taylor and Kelly Siewers provided the offense in the second victory.

San Juan Soccer Club is back in action this weekend, as they face Santa Rosa United in a final game before making the trip to Frisco at the end of the month.